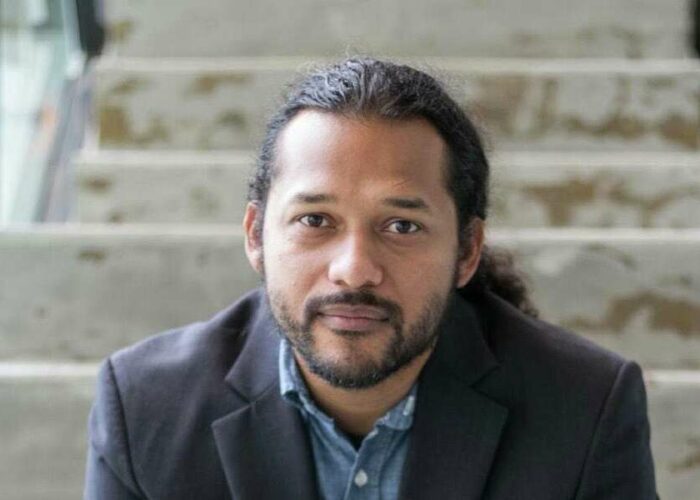 The Houston Symphony is undertaking a little extra work this week to help some young artists who may one day write a new concerto or suite just for them. On March 29 and 30, the orchestra will participate in EarShot, an initiative of the American Composers Orchestra that engages leading orchestras across the country in intense mentorship sessions with emerging composers.

During these two days, the orchestra, led by assistant conductor Yue Bao, will rehearse, perform and finally record a piece by each composer. Hearing what their music sounds like in a concert setting can be invaluable to a young composer, says Rebecca Zabinski, director of artistic planning for the orchestra.

“For a lot of composers, it’s a really important and impactful moment,” she says. “Even for professional composers, until the moment it’s created, they really have an idea of ​​what they think (the track) will sound like in their head, so to hear it really performed on a fully fleshed out scale is very, very precious.”

Between rehearsals, feedback sessions sprinkled throughout the two days will allow composers to interact closely with the conductor, selected orchestral musicians and mentor composers. The hands-on, one-on-one instruction they receive can pay off in ways that aren’t always readily available, Zabinski says.

“We want to support the next generation of composers, and especially American composers, and do what we can to invest in future talent,” she says. “It’s kind of the same idea as having an assistant conductor or giving an up-and-coming artist an opportunity, like at our Miller Outdoor Theater concerts (summer). It is truly an investment in the future of American orchestral music.

A PhD student in composition at the University of Texas at Austin, Rodriguez specializes in the intersection of electronic and folk music forms. Bogota-born DM R creates electroacoustic sounds rooted in 90s anime, Colombian folk music, and rock in Spanish. Lopez, originally from Mexico City, received her master’s degree in composition from Carnegie Mellon University; Ramos Rodriguez has won two ASCAP Morton Gould Young Composer Awards and has been a finalist twice more.

Bellido, who in 2019 conducted the symphony’s Resilient Sounds concert – in which he mentored four student composers from local universities who were each paired with artists and refugees living in Houston and invited to create a multidisciplinary piece based on the refugee story – saw firsthand the benefits that an environment like EarShot can create for budding composers.

“During my formative years, the opportunities that contributed most to my growth were those in which my works were rehearsed, studied and analyzed in a safe and constructive space,” he says.

EarShot “is all of that and more,” he continues. “I look forward to providing these promising young composers with all the encouragement and positive feedback they need to continue to forge their path into the endlessly fascinating world of symphonic music.”

According to Zabinski, the success of Resilient Sounds led the orchestra to take an interest in the EarShot program. Houston will be the first of four EarShot sessions in the United States this year; the ACO itself – a non-profit organization dedicated to promoting the work of composers from across the Americas, especially those from historically neglected communities – will host the final reading in New York in June. Over 150 composers have participated in the program to date.

Houston EarShot sessions will be closed to the public. However, Zabinski notes, it’s possible — even likely — that Jones Hall audiences could hear something from an EarShot alumnus (or more than one) in the not-too-distant future. She compares the orchestra’s participation in the program to putting money into a savings account.

“Taking the chance of an unknown composer for a commission can seem quite risky for an orchestra because it’s a lot of money you invest in a piece of new music, so it’s also a way for us to learn know some composers really well,” says Zabinski.

“Ideally, later on, we would commission a work from these composers, or perhaps a composer from another EarShot session,” she adds. “So that’s a very good thing in every way.”

Chris Gray is a Galveston-based writer.