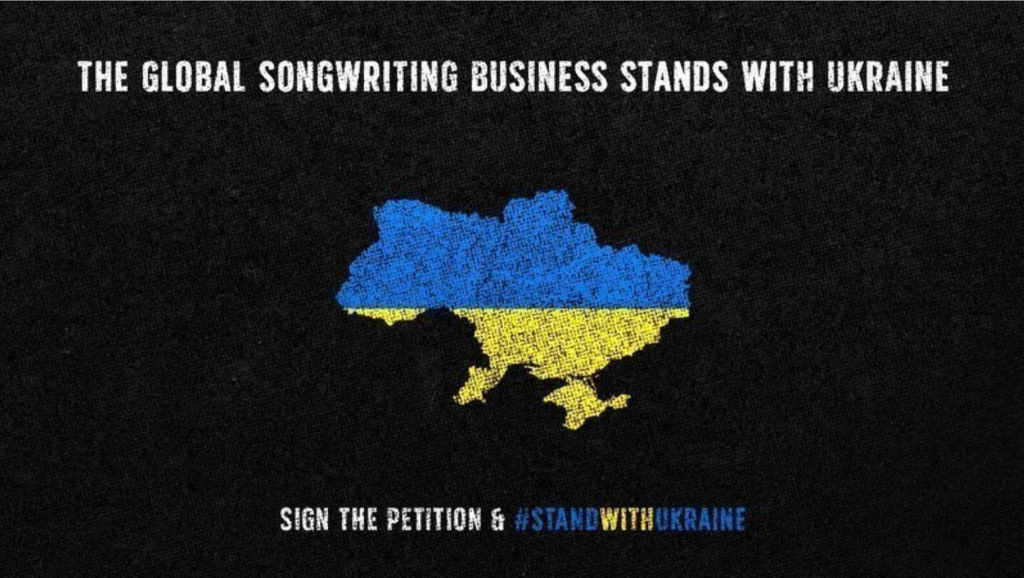 Hit songwriter Ross Golan, who has created hits for Justin Bieber, Ariana Grande, One Direction and Demi Lovato, has started a Change.org petition asking the music community to stop licensing songs in Russia as long as the nation makes war on Ukraine. .

The petition, posted Thursday afternoon herewas set up with the aim of allowing songwriters to make their voices heard by asking collection agencies to sever ties with their counterpart organizations in Russia, to ensure that they will not take advantage of the nation rogue-superpower during the bloody siege of its neighboring country continues.

“Currently, part of our royalties goes directly to the Russian government, which in turn funds its invasion of Ukraine,” Golan said.

The petition – credited to ‘And the Writer Is’, the Golan Podcast began spotlighting writers and their issues – reads: “The global songwriting industry stands in solidarity with Ukraine. I refuse to allow my songs to be allowed in Russia while their government invades Ukraine. I am signing this petition requesting that my collection company immediately sever ties with RAO (the collection company mandated by the Russian government) immediately. Join the fight against tyranny by registering here.

Other segments of the music community have been looking for ways to cut ties with Russia or at least not profit from it during the crisis. On Wednesday, Spotify announced that it was closing its offices in Russia “indefinitely”.

However, the DSP refrained from closing access to its service in Russia. “We believe it is extremely important to try to keep our service operational in Russia to enable the global flow of information,” a Spotify representative said in a statement provided to Variety.

Green Day interrupted a tour date that was scheduled for Russia, and few other Western artists are expected to maintain the dates they have booked there. But so far, few artists or services have taken action to stop the flow of recorded music to Russia, so Golan’s petition may represent a tentative step in that direction, at least among the music community. artists.

Golan launched the “And the Writer Is” podcast in January 2017, and its surprising popularity far outside the songwriting community has been evident in millions of downloads for a show that features guests like Finneas, Julia Michaels, Benny Blanco, Bebe Rexha, Emily Warren, Daniel Lanois and Peter Frampton. Her credits also include co-writing songs for Nicki Minaj, Keith Urban, Maroon 5, Selena Gomez, Celine Dion and the Chicks. Golan has been an activist on topics ranging from the Music Modernization Act and the Copyright Royalty Board’s call to an ultimately successful effort to get the Grammys to overturn the so-called “33% rule” for eligibility of songwriters for album awards.