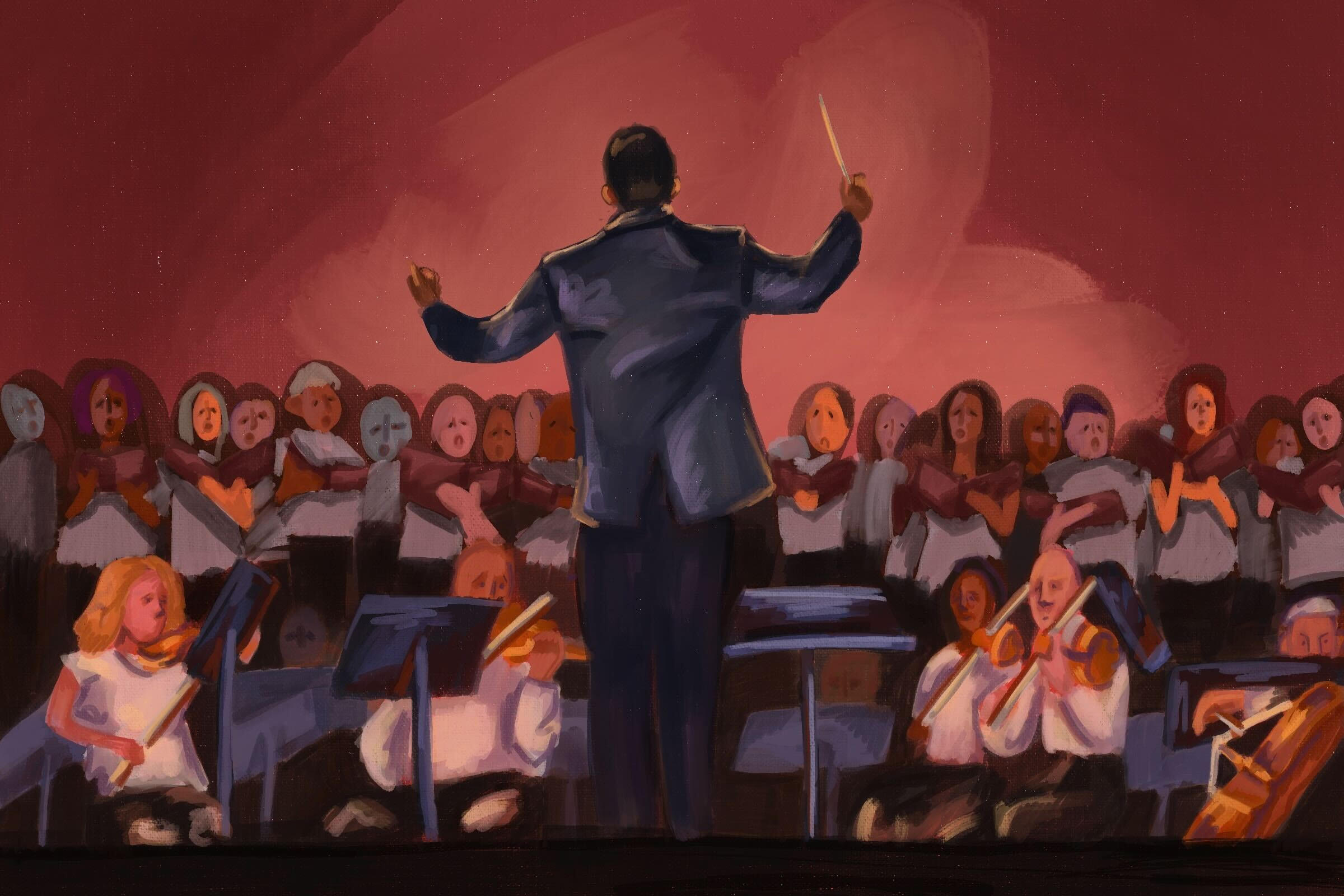 University of Michigan School of Music, Drama and Dance created “Tethered Voices”, the first of 10 compositions of the Michigan Orchestra for Equity Directory (AFTER). the project aims to increase equity in classical music by commissioning 10 black composers over the next 10 years.

Music, theater and dance teacher Kenneth Kiesler started the MORE project in 2020. He was motivated to commission “Tethered Voices” after reading its namesake poem written by his colleague and friend Kalena Bovell. The poem is a reflection on the protests and racial anxiety following the death of George Floyd in May 2020. Kiesler said he knew the first part of Project MORE would involve Bovell’s work after reading “Tethered Voices”. Kiesler contacted a former UM James Lee III (’99, ’01, ’05) soon after to write music to accompany the poem.

In addition to her poetry, Bovell is involved in the music industry, serving as assistant conductor of the Memphis Symphony Orchestra. Kiesler and Bovell met more than 10 years ago at Conductors Retreat in Medomak.

The performance took place at Hill Auditorium and featured the University Symphony Orchestra.

In an interview with The Michigan Daily, Kiesler said Bovell’s poem and Lee’s self-titled composition are a powerful combination, living up to his expectations for the project’s first track.

“Kalena sent me her poem, which she had just written, and when I read it, I was immediately moved,” Kiesler said. “I knew it would be the first piece, so I contacted her straight away and told her what I thought of the poem and asked if we could go ahead and make it an orchestral piece. She accepted later that day so I asked James (to write the music) and we came to an agreement and the next day he started working on it… it’s an incredibly great track and the two together – the music and the poem – really have the moving and inspiring impact that I had hoped the piece would have.

Lee said fairness in the music industry is extremely important and there is always room for improvement. In writing the composition for the MORE project, he tried to emphasize meaningful words in Bovell’s poem and vocalize the emotions felt by many black people today.

Bovell said she knows many people in the black community share her frustration and anger, especially after the death of George Floyd. She said Lee was able to convey his emotions in a meaningful piece of music.

“It’s a really powerful piece,” Bovell said. “Musically, when you take the words out, there’s such darkness and such depth. I think (Lee) was really able to bring out the emotions I was feeling when I wrote those words.

Bovell said she uses her poetry to express her emotions and frustration with the racism she has personally faced and the black community faces every day.

“I was very angry,” Bovell said. “I was frustrated…but I was not the only black woman, black person, who had had enough, the whole black community was tired… Everyone I showed this poem to said they knew exactly what what it’s like to be afraid to go out of their house because they have brown skin or to undergo different levels of microaggressions because they have brown skin.

Kiesler said he wants to have a lasting impact on the repertoire of orchestras around the world, supporting the work of black composers and diversifying the field. He hopes 10 years is the minimum for the MORE project, as he wants to continue commissioning black composers in the future.

“I asked myself: ‘What can I do to have an impact on the future of orchestral repertoire, so that composers who have historically been underrepresented are heard?’ said Kiesler. “It struck me that it had to be something over a (longer) period of time for it to have more impact than doing one or two pieces. I wanted to do something that would produce a series of works, a collection, and so (I’ve decided) on the 10-year plan. I see 10 years as a minimum, not an end point. Our first goal is 10 years.

According to Kiesler, the School of Music, Drama and Dance has commercial recordings and is able to sell pieces worldwide – an uncommon feature for a college orchestra, but one that allows the MORE project to have a broad impact. Kiesler said the pieces involved in the MORE project will increase diversity and equity for a global classical music audience.

“Classical music sometimes has a reputation for being elitist and serving a very narrow audience,” Kiesler said. “I think it’s a shame, because I know this music is the greatest expression of the human spirit and people from all walks of life have important stories to share. Our audience needs to be expanded and connected to the people who create and perform the music. I think we need to do better in terms of equity within the orchestra, in terms of the members, and in the audience, and in the people who conduct and the people who create the music that we play.

Jacob Ward, head of music, theater and dance, said he was grateful for the MORE project, but wanted the initiative to be created sooner. Ward said he hopes the initiative will diversify the orchestra’s repertoire in the future, leading performances away from common pieces.

“I think it’s great that they’re doing it now,” Ward said. “It’s never a bad thing to act. I guess my only criticism is, ‘Why now? Why wait so long ? It shows how conservative music in academia really is. Looking to the future, I think (the project) is going to be very useful in getting into the habit of performing works that are not the norm or the basic generic repertoire.

Dean of Music, Theater and Dance David Gier shared his thoughts on the initiative in an email to The Daily, expressing his commitment to diversity in music education and his enthusiasm for the wider range of music available to students at the School of Music, Drama and dance.

“The School of Music, Theater and Dance is honored to play a role in making the classical music repertoire more representative and inclusive,” Gier wrote. “I am especially delighted that MORE is providing SMTD students with much-needed exposure to living composers, an essential part of any music curriculum. This initiative is part of SMTD’s broader commitment to elevating and promoting a wide range of voices in the performing arts.

Daily reporter Carlin Pendell can be reached at cpendell@umich.edu.