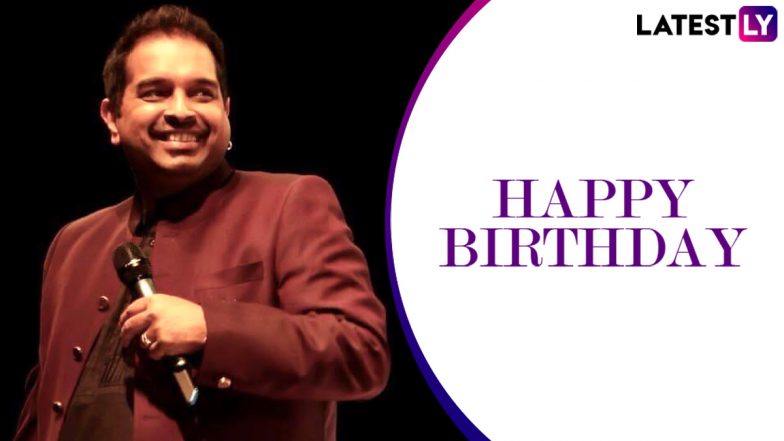 Shankar Mahadevan is one of the most beloved singers and music composers in Indian cinema. Hindi, Malayalam, Tamil, Kannada, Marathi, Telugu and many other languages ​​he has recorded songs, for films as well as non-films. He recorded over 7000 songs over the years and had many hits. The Indian Cinema playback singer has also won many prestigious awards. He is a three-time winner of the National Award for Best Male Playback Singer. He received the Padma Shri award for his contributions to film music. He has also won many other awards for his contribution to Indian film music. Shankar Mahadevan has a motivational tip for kids participating in the Singing Reality Show.

Shankar Mahadevan turned a year older today (March 3). He has recorded a variety of songs and there are some of his popular numbers (in all languages) that fans would love to play on repeat. On the versatile singer-songwriter’s birthday, here’s a look at his five popular numbers that will always be fan favorites.

Shankar Mahadevan sang the title track of this album, “Breathless”. This song made him famous. This three-minute long song continues uninterrupted.

This Tamil song from movie Kandukondain Kandukondain helped him land his first National Film Award for Best Male Singer. This popular and romantic number was composed by AR Rahman.

A comforting and moving number sung by him which helped him win his second National Film Award. It captures every child’s emotions for their mother and the song’s lyricist Prasoon Joshi wrote it beautifully.

This is a romantic number from Malayalam movie Puthiya Mukham, photographed on Prithviraj Sukumaran and Meera Nandan. This is another hit song sung by Mahadevan.

These are some of the popular songs that will always be cherished by fans of the playback singer. We wish Shankar Mahadevan a very happy birthday and a fantastic year ahead!

(The story above first appeared on LatestLY on March 03, 2022 at 08:20 IST. For more news and updates on Politics, World, Sports, Entertainment and Lifestyle , log in to our website latestly.com).