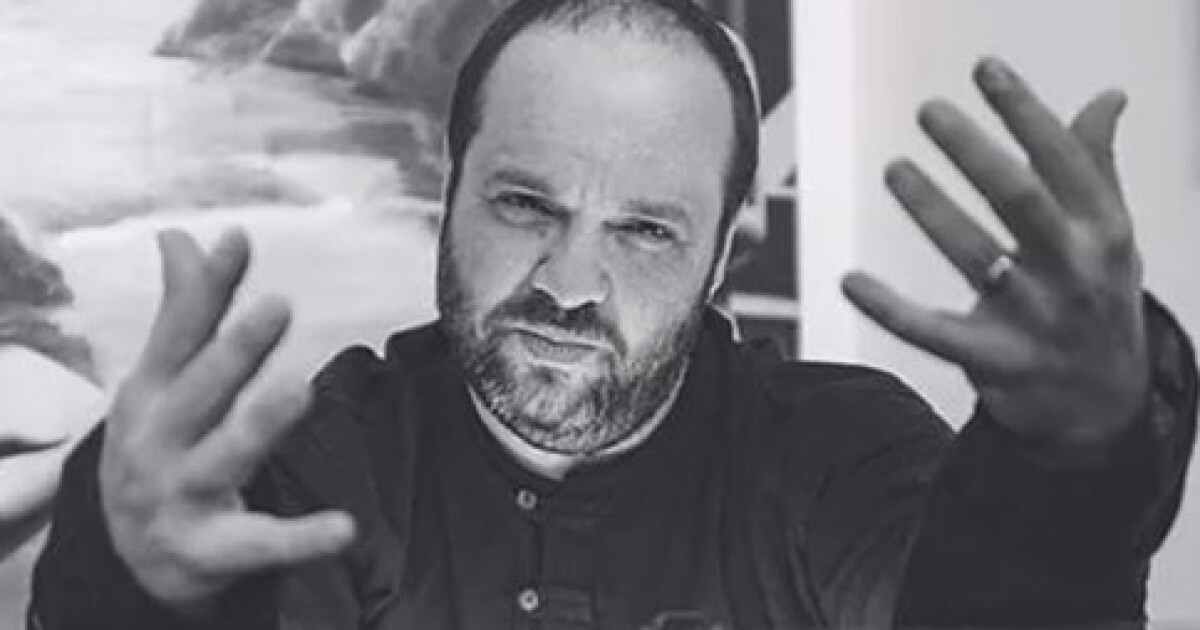 On Friday night, a very small but grateful audience showed up at Smith Recital Hall after a 2-year hiatus for live concerts.

Past festivals have featured a variety of performers, but this program exclusively featured electric guitarist Gene Pritsker from New York, violinist Petro Krysa from Vancouver and saxophonist from San Diego Todd Rewoldt. They were billed as the “CompCord Ensemble”, which Pritsker joked was made up of whoever was needed.

In his spoken introduction, NWEAMO director Joseph Waters extolled the musical diversity of the festival, but most of the works heard consisted of good old-fashioned melody and accompaniment. The only exception was SDSU Professor Texu Kim’s “Images” for solo violin.

A recurring theme in several works was personal reaction to recent world events, most notably in Joseph Waters’ “Anguish—Compassion—Requiem.” A meditation on the war in Ukraine, it begins with a slow violin melody in minor mode. Electric guitar took over the main line, with supporting harmonies from saxophone and violin. The dissonance increased as the three instruments rose to their highest registers. The harmonies didn’t quite resolve in the slow ending.

“Pand Q” by Pritsker. is an arrangement of his “Pandemic Quartet” from his latest album, “Duets for the end of the world”. He converted the bass and dumbek parts into an electronic piece with a Middle Eastern sounding vocals and an additional live violin part. Like his other works on the program, “Pand Q.” rolled to a strong rhythmic groove.

His composition “The Will” is inspired by a Ukrainian poem. The violin and alto sax sustained tones over repeated notes from the electric guitar, moving into a minor-key waltz that grew more grotesque. This was accompanied by a pre-recorded part derived from a video of Ukrainian women singing, found on YouTube by Pritsker. The assimilation of pre-existing material was musically effective, but its inability to properly attribute the song tainted the piece.

The first two movements of Pritsker and Rewoldt’s online collaboration, “Duets for the End of the World,” were heavy with guitar riffs and jazz-tinged saxophone work.

I enjoyed Pritsker’s “Figar-Oh” the most, a remix of Mozart’s “Wedding of Figaro” for violin and track. Country fiddle crossed the opener and “Dove sono”, underpinned by an electronic drum beat and distorted chords.

Palomar College professor Madelyn Byrne’s “Coffee” attempted to capture Italian or Viennese melds musically, but it was French neo-classicism that was the strongest aroma in this light-hearted work.

Rewoldt soloed masterfully in Dan Cooper’s “TBA,” moving from a bouncy, repeating-note groove to a more melodic mid-section and back again.

His playing here and there was eminently satisfying, a description equally applied to Pritsker and Krysa.

Editor’s note: The writer, Christian Hertzog, is a founding board member of San Diego New Music, where Madelyn Byrne is president.

Review: Renowned pianist dives into the soul of Polish composers