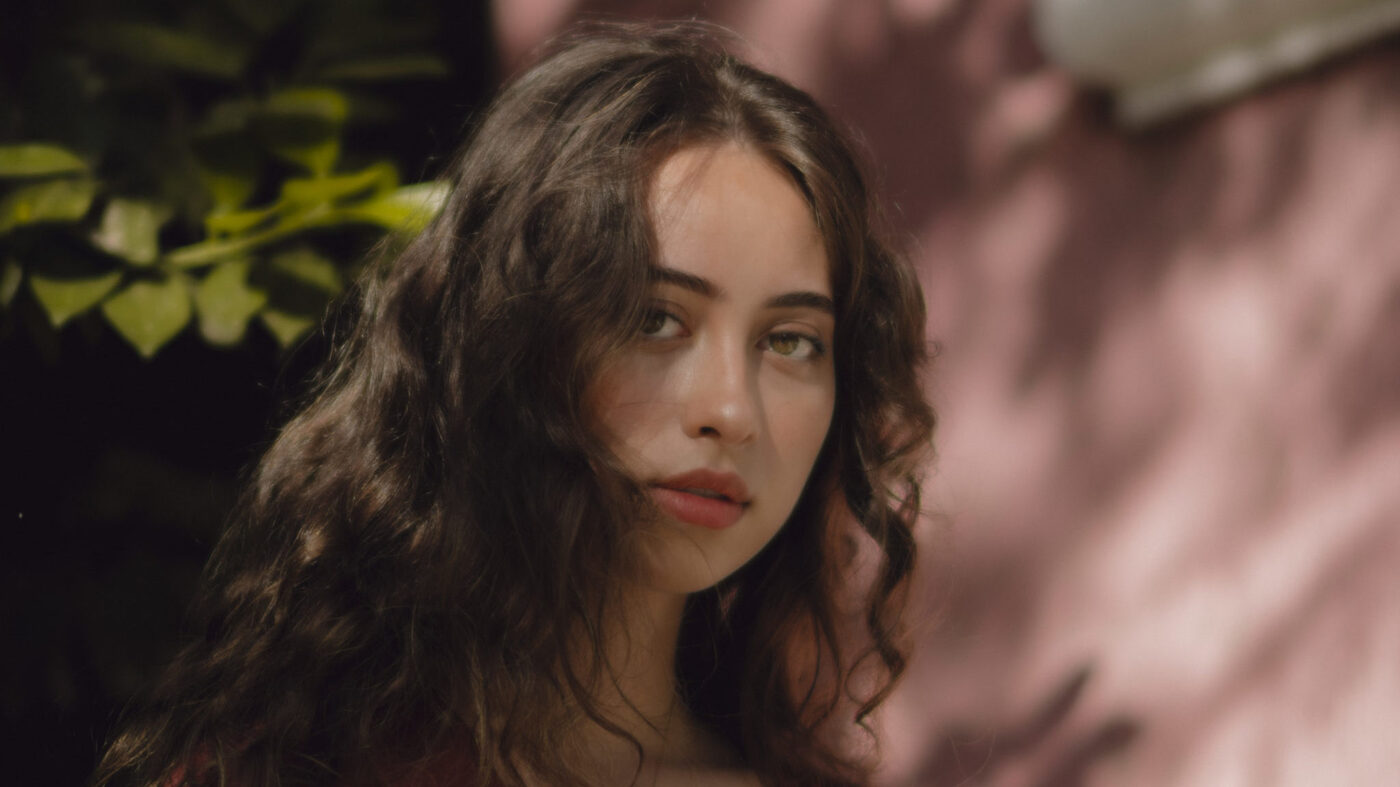 The song “Handful of Water” by Sofía Valdés is featured in the February edition of heavy spinning.

The song “Handful of Water” by Sofía Valdés is featured in the February edition of heavy spinning.

All of this month’s picks are available to stream on the heavy spinning Spotify and Apple Music playlists at the bottom of the page. As always, you can experience fantastic music programming across the country in real time by clicking on the links to each station’s website.

Let us sashay to “take a walk on the wild side” with Aaron Lee Tasjan. His last album, Tasjan! Tasjan! Tasjan!, is his most true-to-life offering to date. The song “Feminine Walk” weaves an enigmatic sonic web that alludes to Bowie and the Beatles, as it weaves in self-awareness and pride. Tasjan is here to represent, in both lyricism and musical vision, delivered with the whimsy of sweet and savory spun confectionery. —Jesse Scott, WMOT

Amythyst Kiah began her career playing old-school festivals all over the South. So it might surprise some of her folk listeners to hear how wild she is on this new version of “Black Myself” – a song she originally recorded with the folk supergroup Our Native Daughters. But her seemingly effortless balance of black struggle and empowerment deserved every distorted guitar riff she gave him here. Kiah’s songwriting gift is bigger than any monolithic category, and so is the black experience she sings about. And this song seems like something of a breakthrough for an up-and-coming artist. —Kim Ruhl, folk alley

Anthems are rare these days. “Welcome To America” ​​admirably tries to fill that gap. Here’s a hard-hitting history lesson to accompany a film about a Black Panthers leader killed and delivered by one of rap’s lyrical pokers. Solo or not, Black Thought renounces hip-hop orthodoxy. Propelling drums, descending basslines and a flow of stunts help, but it’s his logic that entices the masses. years of Tonight’s show the jokes have not dulled the cerebral fury that fuels his rhymes. —David Hyland, WPR

The Budos Band of New York has been performing for over 15 years. Their sound can be described as 1970s Afro-funk meets psychedelic rock. This powerful combination is well demonstrated on their latest single, “Gun Metal Grey”. The song features powerful horns and a heavy rhythm section. It grabs your attention, and I bet you’ll want to hear it more than once. —Benji McPhail, The Sound of Colorado

Jon Batiste, “I Need You”

Hailing from New Orleans musical traditions, Jon Batiste performs what he calls “social music” – and seems to enjoy creating it as much as sharing it. This spirit is regularly displayed in his concert as conductor of The Late Show with Stephen Colbertand he breaks out with “I Need You” (from We are, out March 19). “In this world with a lot of problems”, this song is an amalgamation of bouncy and swinging sounds that reminds us to celebrate love and authenticity, and to keep hope that living the music together in person is not so far away. . —Sarah Wardrop, WFUV

Jupiter & Okwess (with Ana Tijoux), “You sold me a dream”

When two music activists from two different parts of the globe come together to make music, you know it’s worth listening to. Congolese group Jupiter & Okwess, whose power lies in their ferocious rhythms, have teamed up with Chilean rapper and musician Ana Tijoux. Together they created a powerful anthem that requires dancing. They merge their styles perfectly, making their duo sound like they’re made of steel. I wouldn’t be surprised if we get sequels to this combination. —Ian Stewart, VPM

The pandemic has kept musicians sequestered at home, unable to tour and connect with audiences. Like the rest of us, this extends to personal relationships that have been limited to screen time, phone calls, and socially distanced meetings. This isolation has created time for songwriting and often the subject is isolation; call it the pandemic playlist. Parker Millsap’s contribution to the middle is “The Real Thing,” a richly layered folk ballad that laments his inability to make physical contact with the object of his desire. You can hear the longing in his voice as he sings, “And I can’t stand the bad connection / I can’t hold your hand across the screen / I don’t want your reflection / I just want the real one thing.” If you are in desperate need of contact, it will be easy for you to connect to “The Real Thing”. —Rosemary Welsch, WYEP

Rock and roll is alive and well in the home of brothers Dee, Isaiah and Solomon Radke, members of the powerful Kansas City-based Radkey Trio. A certified banger, “Seize” is the lead single from their fourth full-length album, green room. With uplifting riffs and canorous vocals that channel the likes of The Damned, Ramones and Misfits, Radkey contemplates the dangers of obsessive fandom with fomenting truthfulness. And in that same punk tradition, they share a rabid fanbase that’s no doubt in on the game – the brothers raised over $10,000 in 48 hours to produce a physical LP for the new album. —Michael Bacon, 90.9 The Bridge

There is a tenderness and a beauty in the music of Sofía Valdés. On his debut EP, Ventura, the Panamanian singer-songwriter marries personal storytelling with an airy musical backdrop and instinctive pop sensibilities. It’s impossible not to be captivated by songs like “Handful of Water”. Her voice is seductive; his groove is hypnotic. And when the final note hits, all you want to do is hear it again. It’s the sign of a good song, and something really irresistible. —Mike Vasilikos, WXPN

As a weather station, Tamara Lindeman highlights and connects the subtle importance of the little things we experience amidst the buzz of everyday life. His intimate birdwatching in “Parking Lot” exudes a delicate and relatable sense of peace – I think it’s safe to say that many of us have found ourselves watching neighborhood birds more frequently over the course of the last year. It serves as a gentle reminder that sometimes the smallest, most insignificant moments prompt us to unpack the layers we’ve carefully put away. On the day of the single’s release, Lindeman introduced it on Twitter as “A love song for a bird, or maybe for the world,” fitting his album perfectly. Ignoring is seeded in the personal grief and struggle of global climate change. “But everywhere we go there’s an exterior / Over all these ceilings hangs a sky,” she sings. This song, and its parent album, offer hues of airy hope coupled with bouts of anxiety, humbly capturing a familiar space for many. —Vasilia Scouras, mountain scene