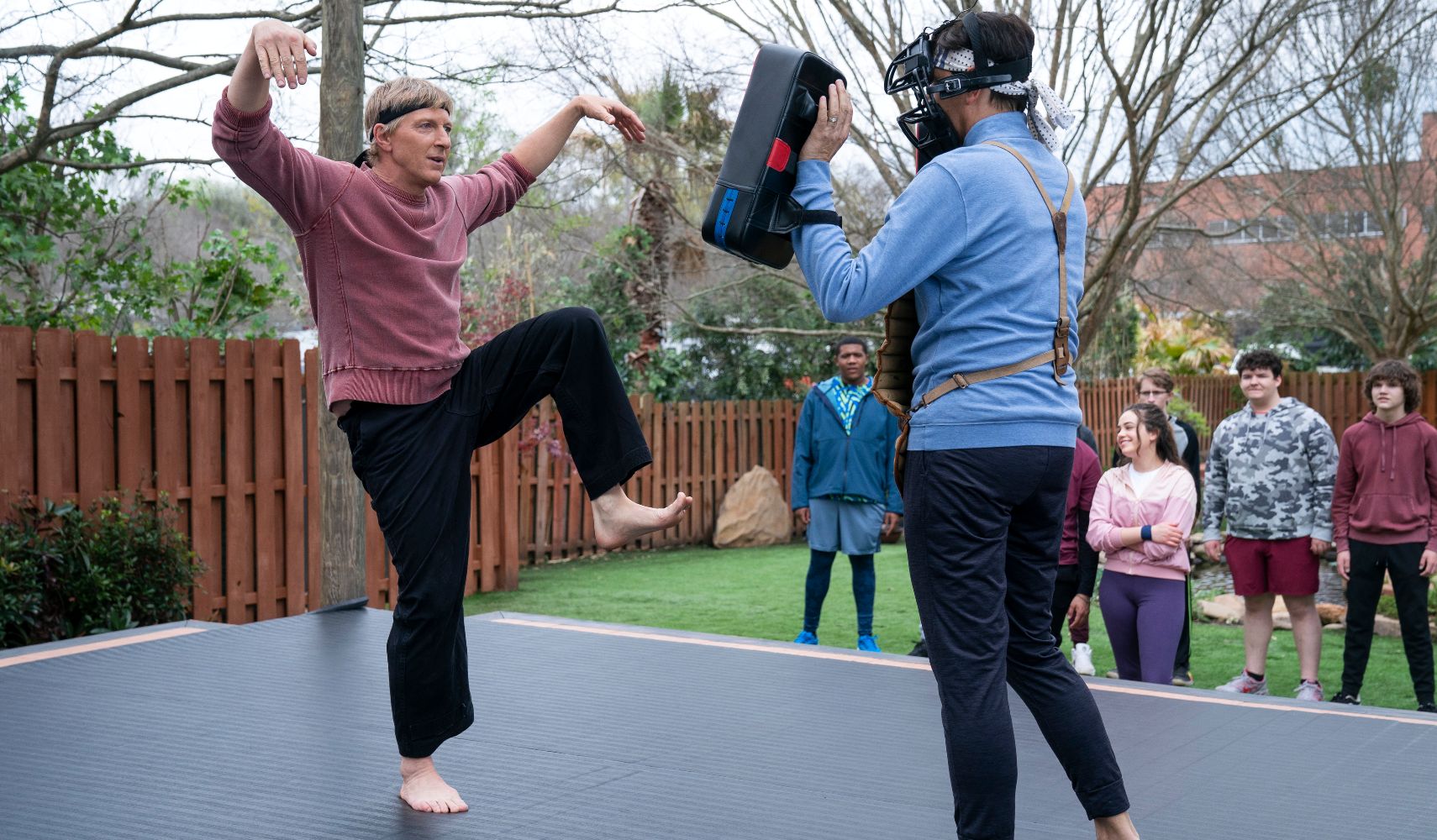 Popular show Cobra Kai – a reboot of Robert Mark Kamen’s The Karate Kid films – has become one of the most-watched shows on Netflix, and looking ahead, we explore the popular songs used to promote season 4 and who are the composers.

Created by Josh Heald, Jon Hurwitz and Hayden Schlossberg, Cobra Kai joins Daniel LaRusso and Johnny Lawrence decades after their confrontation at the All Valley Karate Tournament in 1984 and welcomes new characters to the dojo.

Netflix released its trailer for Cobra Kai season 4 earlier this month and avid listeners were quick to point out the popular song used in the trailer.

The song that can be heard in the trailer is “Rock of Ages” by 1980s Def Leppard.

Since the series is a throwback to the original films set in the 80s, there’s a chance the song will reappear in Season 4.

Composers Leo Birenberg and Zach Robinson penned an exclusive track for Cobra Kai Season 4, in addition to scoring the rest of the soundtrack.

The first exclusive track, titled “It’s Karate Time”, is an energetic piece capturing the nostalgia of the original movies with its mix of rock and synth.

It’s believed that fans will be able to hear the song featured during the All Valley Karate Tournament – a competition that will take place in Season 4.

Birenberg and Robinson have been composing the music for the show since Season 1 and recently completed recordings for Season 5.

What to expect from Season 4

Speaking to TV Line, Heald confirmed that the creators still intend to reunite Johnny and Danny in season 3 and he also had this to say about what they’ll be up against in season 4:

“There seems to be a very distinct battle ahead, a very clear boundary and a set of circumstances that brought them to this moment, but time will tell if history repeats itself and they fall back into old habits, or if they are going to be able to weather the storm and lean on each other to do the hard work of what it is to form a partnership.

Fans of the show can also look forward to the 51st All-Valley Karate Tournament which will see the Miyagi-do and Eagle Fang dojos take on Cobra Kai.

Cobra Kai season 4 is now available to stream on Netflix.

In other news, Annie’s Sweet Magnolias Season 2 romance isn’t out of the woods