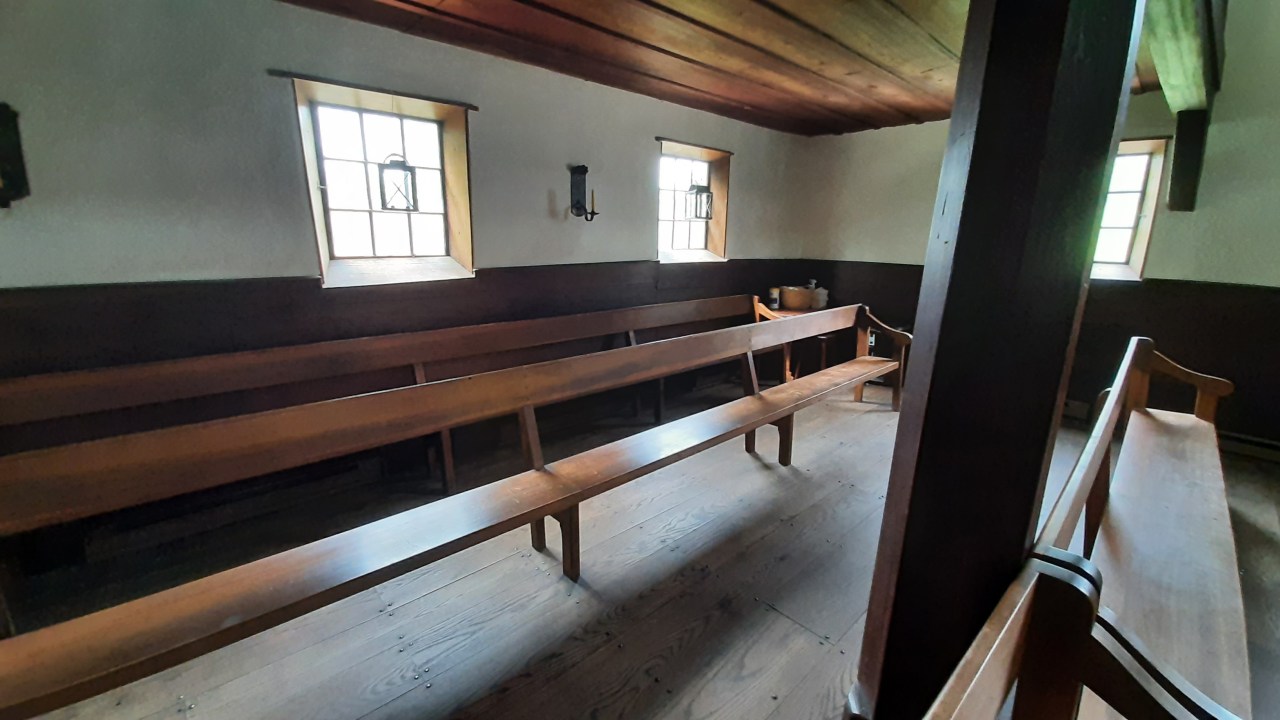 EPHRATA, Pa. (WHTM) — This was one of Pennsylvania’s earliest experiments with religious freedom. “Ephrata Cloister was an early religious community, established in 1732 by a German immigrant named Conrad Beissel,” Elizabeth Bertheaud explained. She is the administrator of the historic site of the cloister.

“The reason it is here is that William Penn established the Pennsylvania Colony as a place where anyone can worship as they please. The Brothers and Sisters were a very small group. At its peak, it’s about 80, that would be about 40 single sisters and 40 single brothers, and about 200 married members of the congregation.

Ephrata Cloister is now part of the Pennsylvania Historical and Museum Commission. You can find one of the blue and yellow state historic markers at the entrance. Recently the cloister added a second marker, honoring three of the sisters, “Ephrata’s Women Composers”.

“Sister Foben is Christiana Lassle, Sister Hannah is Hannah Lichty, Sister Ketura is Catherine Hagaman,” Bertheaud said. “Our conclusion is that these three women wrote hymns and were the first three women in British North America to write music.

Get daily news, weather, breaking news and sports alerts straight to your inbox! Sign up for abc27 newsletters here.

The women’s compositions were found by a researcher, Dr. Christopher Herbert, in the Ephrata Codexa collection of over 900 pages of Cloister Hymns located at the Library of Congress.

“He identified three songs, which the text of the hymns was obviously written by someone else, but their names appear next to these musical notations,” Berthaud explained.

The sisters would have composed in the Saron, the house of the sisters. Each sister had her room there. They had educational opportunities, turned down many women during this time, and were encouraged to express their artistic side, in things like elegant calligraphy called “Fraturschrifften”, and of course, music.

The women’s compositions would have been played next door, in the church.

Conrad Beissel devised his own way of writing hymns and taught it to siblings.

“Christopher Herbert defined it really, really well as a sort of paint-by-numbers musical notation,” Berthaud said. “Yes this happens in the soprano line, then that happens in the other, it’s all pretty scripted. If it’s an A, then it’s a C for tenors, etc. So it’s all pretty scripted, but they’ve managed to put together over 1000 different combinations of this scripted music.

So what would the three sisters have thought of being assigned their own historical landmark?

“They would probably be appalled by the recognition,” Bertheaud said. “Because being the community it was, it was about the community, not the individual. But we were convinced that these women needed to be recognized for their achievements.