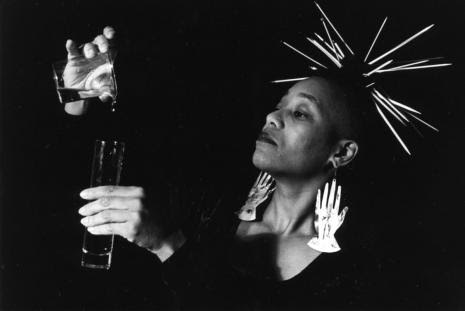 May concerts of new works by UC Santa Cruz composers, the result of residencies with major new music artists

The two extended residencies, which began earlier this year, are a first for UCSC’s music department, providing emerging composers with access to these leading artists for several months for workshop ideas, to receive one-on-one mentoring and working collaboratively toward culminating performance. .

“It was the highlight of my experience at UCSC,” says Seth Glickman, who was selected to participate in both residencies. “Being in direct contact with artists like these who are pursuing new ideas in music and the interpretation of it, and getting a close view of their process, is so valuable. It made me really stretch and grow as a songwriter.

Glickman and fellow doctoral student Alex Wand will take the stage with Pamela Z on May 14 at 7 p.m. for a concert at the Rio Theater in downtown Santa Cruz to debut the work they developed during the residency. “It’s rare for a guest artist to come up with the idea of ​​building a collaborative concert with students in this way,” says associate professor of music Ben Leeds Carson who oversaw the residencies. “It’s so amazing for them that it will be a shared scene.”

Both Glickman and Wand were inspired to work with text and voice in new ways for the plays they will present. Pamela Z, a pioneer in live digital looping techniques, processes her voice in real time to create dense and complex sonic layers. His solo works combine experimental extended vocal techniques, operatic bel canto, found objects, sampled text and concrete sounds. “I love how Pamela Z taps into various inspirations,” says Wand. “She really expands the conception of what it is to be a composer.”

The concert, which is part of the Institute of Arts and Sciences’ Surge: Explorations in Afrofuturism series, will feature a number of exceptional musicians who will perform both with Pamela Z on her solo works and with the two students. They include Both UCSC professors Kyle Bruckman and Willie Winant are part of the experimental music scene in the Bay Area. Support for guest artists was provided by an Equity and Innovation Grant from the Arts Research Institute and funds raised by the Music Department through UCSC’s Fall 2021 Giving Day campaign.

Glickman, along with PhD students Nina Barzegar, Rodrigo Barriga, and Ben Dorfan, will have new work performed in a concert by Yarn/Wire on May 20 in New York, another first for UCSC’s music department. There will be a live stream for remote audiences at 5 p.m. PT.

“This is the first time an ensemble has decided to take the work of several of our students ‘on the road’ so to speak, bringing their work to New York, where it can have distinctive exposure to new collaborations. potential and recognition,” says Carson.

Yarn/Wire is one of the leading chamber ensembles working today and internationally known for commissioning original thinkers in the field of creative music. The group’s residency with UCSC students was particularly revealing, providing emerging composers with the opportunity to see an ensemble work through their pieces in real time and receive in-depth feedback on many iterations of the compositional process. “They are such talented artists,” says Glickman. “Sharing snippets with them really affected how I finished the piece.”

Carson is committed to ensuring that residencies like these continue to be an annual opportunity for students. “It was a privilege to see how these rare interactions and the dialogue within them led to phenomenal development in the voices of these dynamic and developing composers.”

Which directors, composers and book authors will receive a Tony Nod in 2022?