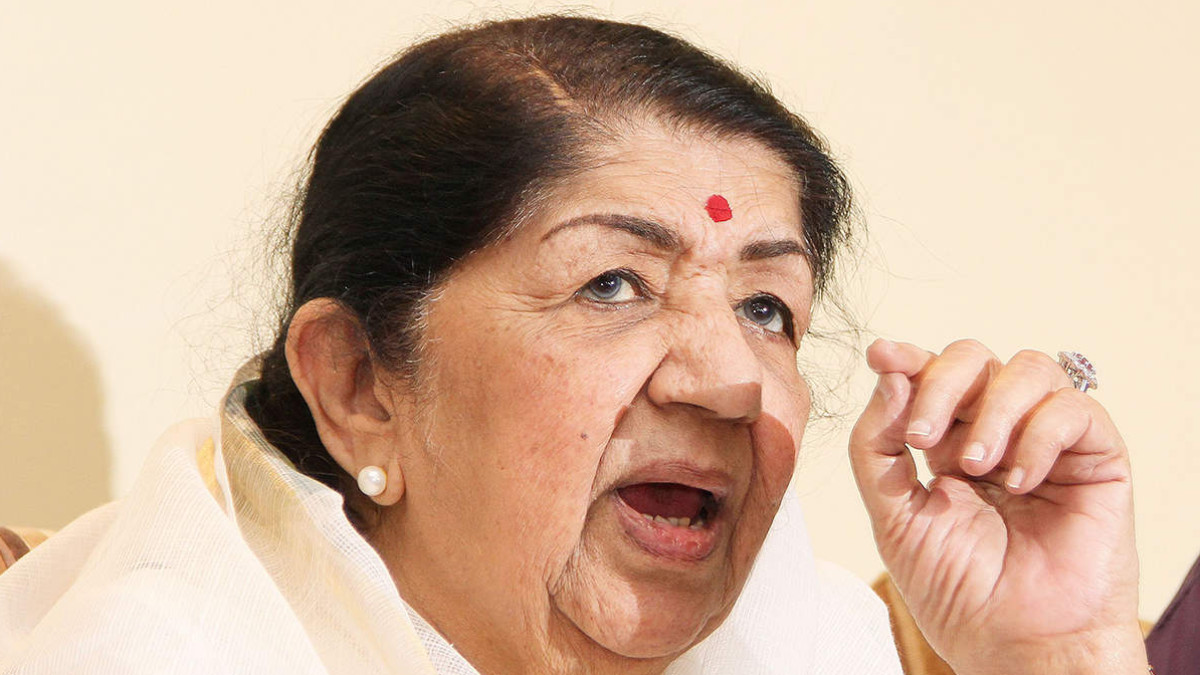 Lata Mangeshkar’s Most Popular Songs of the 1940s

Lata Mangeshkar departed for her heavenly home on Sunday morning February 6, 2022. She has won and ruled the hearts of people of all generations for decades. She started her singing career in 1942 in Marathi films. It wasn’t until 1945 that she started singing in Bollywood films.

Here is a walk down memory lane and a recollection of the most popular Hindi songs of the 1940s by award-winning Bharat Ratna.

“Barsaat,” the film that founded RK Studios, is memorable in more ways than one. Apart from the beautiful pose of actor Raj Kapoor and actress Nargis, this is also the film in which Lata Mangeshkar sang for the two female stars. With its folksy touch from music composer Shankar Jaikishen, this song featured on actress Nimmi remains a popular track.

Music composer Naushad played a pivotal role in Lata Mangeshkar’s career. His quiet arrangement of this ghazal for filmmaker Mehboob Khan’s “Andaz” lifted the acclaimed singer’s voice atop a superb orchestra. Additionally, there was actress Nargis’ touching face on the film.

This melancholic aria for music composer Khemchand Prakash established Lata Mangeshkar as the unrivaled singer in Hindi film. It was this song that made her a winner of hearts for all age groups. Even to this day, this song will still give you goosebumps.

Created by music composer duo Husnlal-Bhagatram, it was another melodious song by Lata Mangeshkar, which became massively popular on radio shows at that time.

Composed by music director Naushad and lyrics penned by Shakeel Badayuni, this song by Lata Mangeshkar was a fun song about a girl’s emotions towards life in that period and what love meant to women in the era. It was very nicely depicted on actress Madhubala.

Written by famous lyricist Shakeel Badayuni and composed by Ghulam Mohammed, it was one of the most famous songs about heartbreak that was very popular during that decade. The song was photographed on Kamini Kaushal.

Another cult classic romantic song which is sung by Lata Mangeshkar to music director C Ramchandra’s composition. The song’s beautiful lyrics were penned by lyricist Rajendra Krishan. The song is considered one of the most romantic songs of the last millennium to this day.

Another song composed by music director Khemchad Prakash became very popular that year. The song was one of the first duet songs that Lata Mangeshkar had sung with singer Kishore Kumar, an association that lasted almost 4 decades. It was pictured on actor Dev Anand and actress Kamini Kaushal.

This song composed by Anil Biswas was also sung by singer Mukesh. The male version was featured on actor Dilip Kumar while the female version, sung by Lata Mangeshkar, was pictured on actress Nargis.

Crafted by music composer C. Ramchandra, this track by Lata Mangeshkar was one of the very first songs of hers to achieve pan-Indian recognition. The song became popular due to its energetic beats and melodious vocals.

Today’s composers don’t like the way I operate: Lata Mangeshkar in a 2013 interview

Warner Chappell: Spotify, Google and Amazon are paying songwriters an ‘appallingly low’ rate in the US