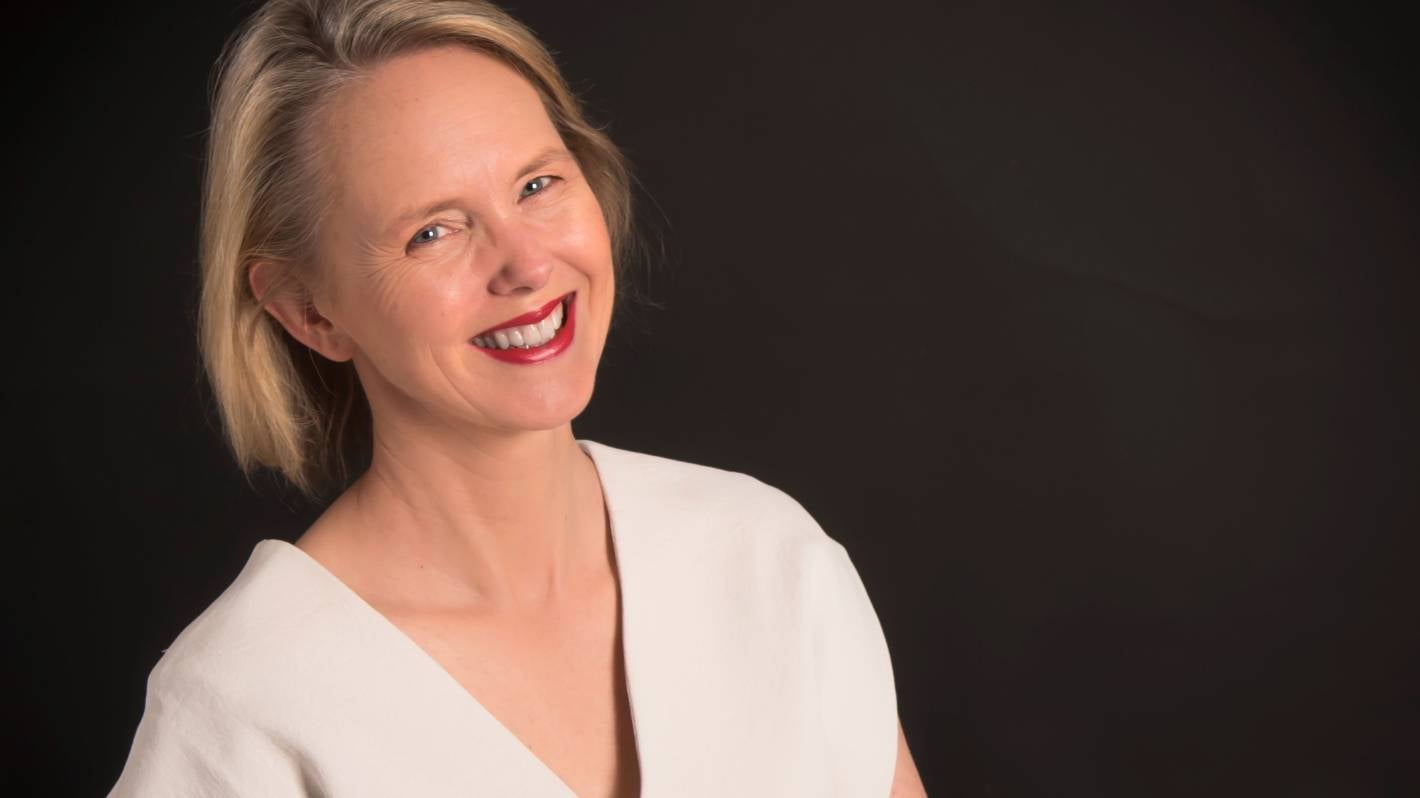 Jenny Wollerman is a professional vocalist in the lineage of Western classical music, and voice teacher and lecturer in classical voice at the New Zealand School of Music at Victoria University of Wellington.

Aotearoa NZ Festival of the Arts performer Jenny Wollerman is a professional western classical singer, voice teacher and lecturer in classical voice at the New Zealand School of Music, Victoria University of Wellington. She is from Wellington and was lucky enough to grow up in sunny Eastbourne, just 100 yards from home and the beach. She is always drawn to the sea. “It centers me – te moana is my happy place.”

What is the most memorable performance you have participated in?

What comes to mind first is the incredible staging of Chris Blake’s opera bitter calm for the Festival des Arts in 1994. The show, the staging, was strewn with pitfalls, the lack of time to rehearse, the difficult music and the tensions were sometimes high, but what the director and the designers ( James Beaumont, Tony Rabbit and Kate Hawley) were trying to make do with the production was so strong. We had to deal with walking through oozing mud onstage, and I was asked to shower naked in a ‘waterfall’ onstage…I ended up doing it topless – spoiler alert – he there are no topless scenes in my current show! !

At the moment, what is your “must see/do” thing in Wellington on your list?

I was looking forward to seeing the Hilma af Klint exhibition and the works of Lisa Reihana, especially Chasing Venus [Infected] – but so far I’ve been too busy preparing for the show, hoping to see them. PS I really enjoyed it Goal Mars too!

READ MORE:
* Covid-19: Aotearoa NZ Festival of the Arts cancels most live events
* Language Matters: Want to support Tonga? Supporting your language in New Zealand schools
* One more step for the National Music Center in the capital as the university commits to renting premises

What production are you involved in the Aotearoa NZ Arts Festival

21X21, which is a concert of 21 songs for voice and piano by 21 female composers from Aotearoa, New Zealand. All songs have been written especially for the project, or reworked for it, but the idea is that all these songs will become available as new pieces for other singers and pianists to perform, including students at the ‘to come up. The performance will be recorded on video and posted online as part of the Festival. Additionally, we will release an album on audio CD and release the songs as printed sheet music for others to use.

Where are you in production?

I am the person who thought of everything. I was applying for a scholarship to Victoria University to do a project related to my work as a singer and a teacher, and I had this crazy idea of ​​asking 21 female composers to each write a song and then perform them . So I am also the singer of the show and I will perform the songs with pianist Jian Liu.

What sets your show apart from other festival offerings?

It’s quite unusual to have so many new works by so many different composers – plus they’re all female, which isn’t so common in classical music, as women have been actively discouraged or prevented from writing and publishing music over the centuries. All the songs are also based on poems by female authors from Aotearoa New Zealand, and there are clashing themes (such as Leila Adu-Gilmore’s song based on Tusiata Avia’s poem Massacre about the Christchurch terrorist attacks) as well as songs about lighter topics, such as goldfish, spooky gardens, train travel in a foreign land, and the desire to be as free as a bird (“He Wawata kia Māhorahora” by Tabea Squire from a poem by Arapera Blank). There’s a wide range of musical styles and I think there really is something for everyone here.

How did you adapt your show to the Red Covid framework?

Instead of doing a performance for a live audience, we will now be performing it in a larger venue (Michael Fowler Centre) with the video of the performance then uploaded for viewing. This is the ”first performance” of these songs and I know a lot of songwriters are very disappointed that they can’t attend in person, but it’s great that the video can be seen by people all over the world .

How do you make your online show interact with its audience?

In the same way as when I perform in front of a live audience – I will try to imagine that they are there and communicate with them via microphone and camera, trying to make them understand the meanings, emotions and messages that are in the songs. through music and lyrics.

In this difficult world of Covid, tell us why we should be optimistic about the future of the arts?

It’s so clear what you miss and what you miss when you can’t have live music, and the audience is so eager to experience live performances. Despite all the terrible setbacks and hardships that so many artists and creators have suffered due to the pandemic, I believe the arts will continue and thrive when we return to the stage regularly.