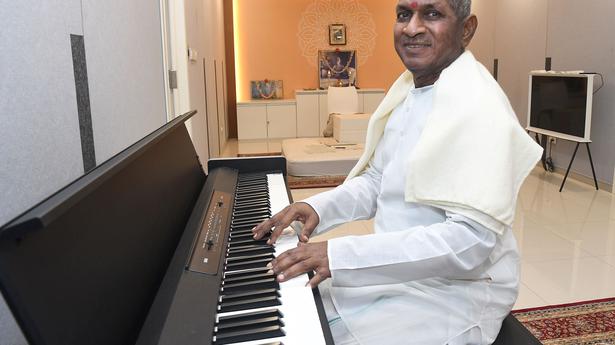 Ilaiyaraaja: ‘There are no composers today, only programmers’

How the Isaignani are gearing up for ‘Rock with Raaja’, Chennai’s first big gig in two pandemic-influenced years

How the Isaignani are gearing up for ‘Rock with Raaja’, Chennai’s first big gig in two pandemic-influenced years

There are signs of music all over Ilaiyaraaja’s tastefully decorated new studio in Chennai’s Kodambakkam. Murals of instruments adorn the walls of most rooms. A wall facing the recording rooms features an illustration of the music legend itself, the animated art of musical notes.

Inside, the 78-year-old musician is busy with last-minute preparations for his next concert: “Rock with Raaja”, which will be the city’s first major concert after two years of the pandemic.

“The past two years have been a dark phase for a lot of people,” says Ilaiyaraaja, popularly known as “Isaignani” for his musical expertise. He adds: “Even then, my music was their companion. Now is a chance to give them the opportunity to have the same experience in person…I think it will give them hope for better days ahead.

If he has participated in thousands of concerts around the world, this one will be different, he promises. Deviating sharply from his mellow melodies, this time he says he’s focused on ‘fun’ – the promos drive him to get people to ‘dance to his songs’. “Yeah, that’s a clue,” he smiled, “but I can’t elaborate on that.” While fans will miss singers like the late SP Balasubrahmanyam on stage, “Rock with Raaja” might hold some surprises, with a line-up of singers including names like Mano, Karthik, Shweta Mohan and Devi Sri Prasad, among others. “Where are the composers?

The last few years have seen huge changes on the music front, with terms like ‘viral’ and ‘views’ becoming key indicators of success. Ilaiyaaraja, however, seems unfazed by the social media measures. “My music has been viral for four decades, hasn’t it? There are no composers in the film industry today; there are only programmers. There are so many new singers and voices today, but does anything stand the test of time? With KJ Yesudas and SP Balasurahmanyam, that era is over…”

With over a thousand films to his credit, Ilaiyaraaja has experimented with many musical genres. “There are only four or five situations in the cinema. This is why AR Rahman once said that he was tired of composing for films. The same themes of love, love failure and one-sided love keep repeating themselves. Today, even songs celebrating mothers and sisters are not accepted by the public. This is all because the numbers are sung by singers whose voices don’t exactly match the characters who voice them on screen.

Nonetheless, Ilaiyaraaja has a busy year ahead of him, with upcoming film projects from directors Vetrimaaran and Seenu Ramasamy, among others, lined up. He is also expected to work on an Indo-English project titled A nice breakup, directed by Ajithvasan Uggina. “I’m someone who always encourages new talent,” he says, explaining why he has such a diversity of projects. “When Mani Ratnam came to see me, he was just starting; I accepted it because I wanted to promote new people in the industry. 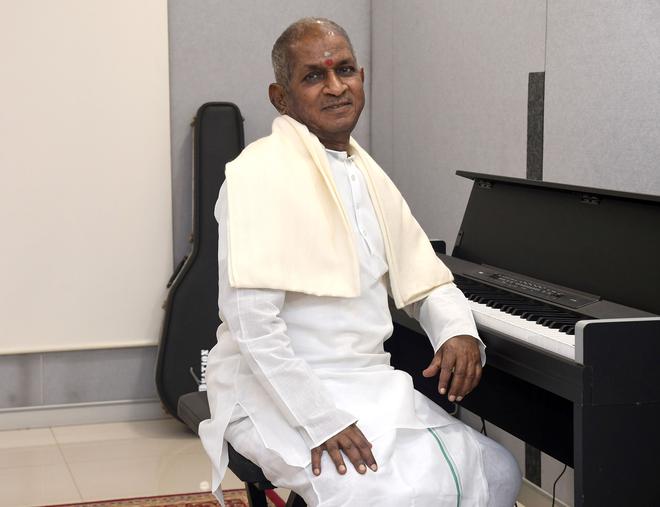 A few months ago, a music lover named Seethalakshmi sang her way through breast cancer surgery, singing Ilaiyaraaja’s popular 1990 number “Karpoora Bommai Ondru” ( Keladi Kanmani). Previously, social media was also abuzz with stories of a baby who was unwell but started to recover from the strains of ‘Thiruvasagam’. Explaining why he thinks this concert is important, after two very difficult years, Illaiyaraaja says: “Most of these songs are actually made for a situation in the cinema, but I did not know that it had such power among the listeners. .. Music can not only heal, but also hide the pain you are nursing in your day to day life.

Rock with Raaja is March 18, starting at 6 p.m., at Island Grounds. Visit insider.in for tickets