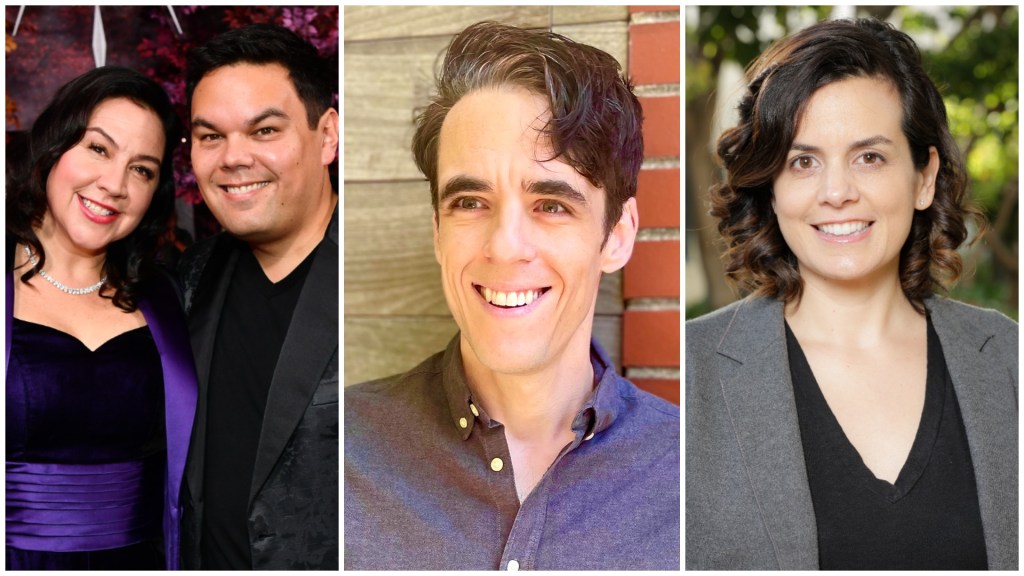 Hulu has ordered the romantic musical comedy series “Up Here,” featuring an all-star lineup behind the camera.

“Frozen” and “Frozen 2” songwriters Kristen Anderson-Lopez and Robert Lopez, Steven Levenson, who wrote the “Dear Evan Hansen” book, and veteran television writer Danielle Sanchez-Witzel (” New Girl,” “My Name Is Earl”) will all serve as writers and executive producers for the series.

Hulu gave “Up Here” an eight-episode order. The show is set in New York City in the final days of 1999, following the extraordinary story of an ordinary couple as they fall in love – and discover that the greatest obstacle to finding happiness together may well be themselves – and the treacherous world of memories, obsessions, fears and fantasies that live inside their heads. Casting is currently underway and production is expected to begin this summer in New York. Anderson-Lopez and Lopez wrote a stage version of “Up Here” which opened in San Diego in 2015.

Sanchez-Witzel’s other television credits include “The Carmichael Show” and “George Lopez.” She was recently announced as co-creator and showrunner of the Netflix comedy series “Survival of the Thickest,” based on Michelle Buteau’s book of the same name. Sanchez-Witzel is replaced by UTA, 3 Arts and Jackoway Austen Tyerman.

Anderson-Lopez and Robert Lopez are two of the most famous songwriters working today. They won two Oscars for the best original song of their career – one for “Let It Go” from “Frozen” and another for “Remember Me” from “Coco”. They also recently won the Emmy for Best Original Score and Lyrics for “Agatha All Along” from “WandaVision.” They are replaced by WME.

In addition to his book work for “Dear Evan Hansen,” Levenson recently wrote the feature film adaptation of “tick, tick…BOOM!” and also developed the Emmy-winning “Fosse/Verdon” FX limited series. He is replaced by WME and lawyer David Berlin.

Recital Lift Every Voice to present works by black composers