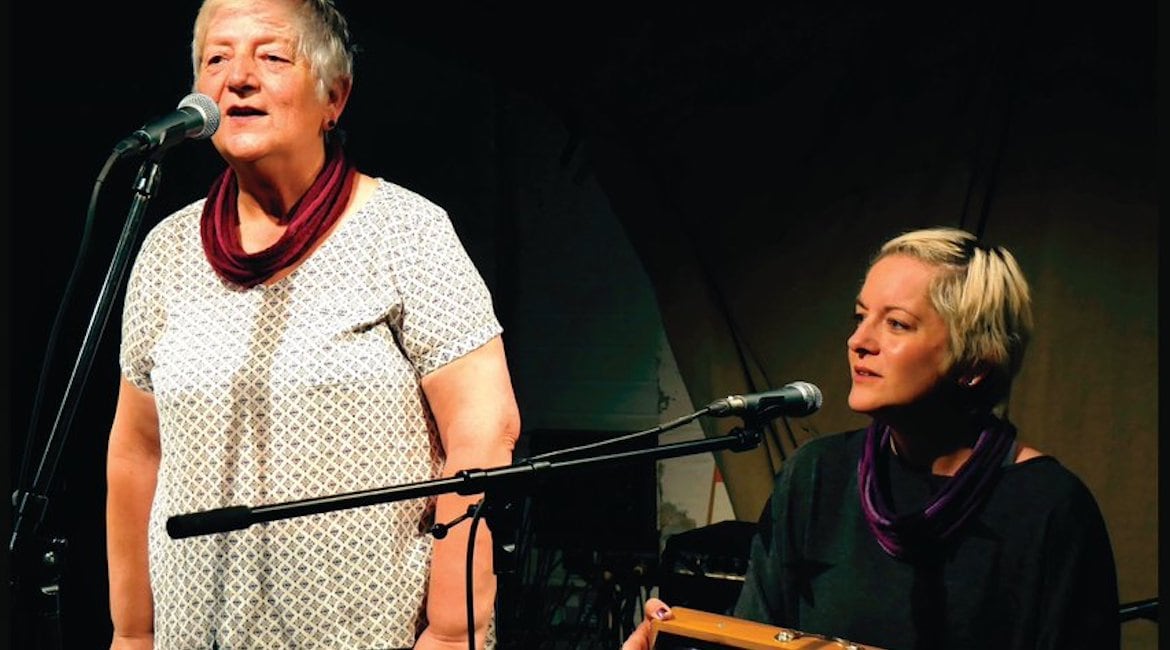 In 2019, Fran Foote (formerly a member of stick in the wheel) and his mother, Belinda Kempsterreleased a wonderful traditional English folk album titled On the clay hill. Belinda started singing traditional songs in the 1960s and she met her husband at a folk club. She said: “Our family has a history of farming and working the land; these songs come from this way of life – at work and in leisure”. Fran grew up immersed in these folk songs, although she and her mother only sang them privately before making the album.

Most of the songs featured were collected in Essex and learned from Fran’s great-uncle, Ernie Austin. He sang them while working as a farmhand in Colchester, and it was recorded, alongside Bob Hart and Percy Webb, for a 1974 Topic Records album titled Enterprise Flash which was recorded by Tony Engle in 1973.

When Ernie recorded the album, he was 83 years old. Liner notes indicate that he lived in a small village east of Colchester in Essex (Bentley). He left school at 12 to work as a kitchen boy on a farm, earning 3/6 days in exchange for a 60-hour week. For most of his youth he worked the land as a farm laborer until, with experience, he became an agricultural engineer, retiring at the age of 70.

The Hindu scriptures tell us of gods, in pursuit of each other, transforming first into one thing, then into another. It’s an ancient belief that has spread to various parts of the world, including Europe, and has survived in Britain as a rare ballad, The Twa Magicians. Cecil Sharp found it once, sung in 1904 by a blacksmith in Minehead. He also found another song, Hares on the Mountain, sung in several parts of Somerset. As is the case with Ernest Austin’s version, some of Sharp’s lyrics are linked to another song Sally My Dear, which Sharp believed to be integral to the later song. Although now rare, other versions are occasionally encountered, and I recently recorded a set by an elderly singer from Berkshire.

Belinda and Fran sing Knife in the Window, which is the second half of the song that Ernie sings…they said, “He [Ernie] combined with Hares on the Mountain, but we wanted it to stand alone. The humor of this song immediately seduced, as did the timelessness of this situation”.

The songs featured on the album On Clay Hill (named after an area of ​​Basildon where Belinda and Fran have always lived near) are composed of those taught to Belinda by Ernie and private home recordings. Also included are personal favorites from Belinda’s repertoire: “We want our family’s music documented – it’s our family’s tradition and singing these songs together is like coming home.”

The album was released on From Here Records (a label started by Nicola Kearey and Ian Carter of Stick in the Wheel) and is available for purchase through Bandcamp here.

If you like that, then read about folklore and hares in folk songs here.