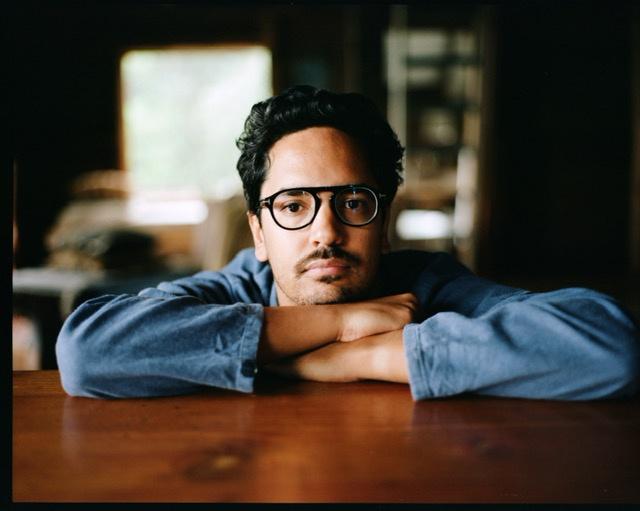 One of their first post-Covid actions was to embark on a small tour of the western United States. Neither had performed live with any frequency since March 2020. Their first show on this tour was at Soda Bar in San Diego, California. I was there and quickly noticed that on a typical weeknight there was a good crowd that was there for them.

Their show was intimate. Each man played his set on a bare stage with a keyboard they each shared, balanced on the keyboard cover as some kind of set because they forgot to bring a stool. They both brought their guitars and each of them was fluent in their instruments. I observed that the two men shared a similar vocal range, intonation and guitar playing skill. Dan went on to categorize their songs as “Brits Abroad who share the love of Americana”.

Dan opened with a reasonably upbeat set. Luke then played a collection of more rhythmic songs. In fact, Luke repeated during his set that his songs “were depressing, while Dan’s were happy”. He balances the heaviness of his songs by sharing a more upbeat beat with the crowd.

Luke writes instinctively, where the song comes out all at once, or it’s dropped. Dan goes the other way and drags out the songwriting process.

Historically, Dan toured with a band, but this tour was deliberately low-key. It was literally, Dan and Luke sharing a car, a room, and some of their gear. This allowed them to take a small step back in the tour without too much economic risk. Each of them has songs that they play with regularity because they have managed to win over their fans. For Dan, these songs are: From nowhere, compliment your soul, and House. For Luke, songs are Kill me, fail for you and Call me when you land.

Luke has an album due out later this year and is currently set to open for Passenger’s tour later this year. He plans to take a full band on tour with him. This will be his first tour with a band. Dan returns to the studio in April to work on his own new album. He often played with a band that supported him. It’s very expensive to have a band on the road. To date, Dan has only made money from one gig with a band.

I spoke with Dan and Luke who were holed up in a motel just outside of Seattle as they finished their tour. It’s a good listen. The links below are for the podcast in video or audio format.

At a time when tours are built as much on visual effects as they are on the songs being played, being in a room with musicians honing their craft and relying solely on their musical gifts is a special experience. Dan Croll and Luke Sital-Singh both do this old school – they write the songs, they put their guitars in the car and they go play somewhere with people who are just waiting to hear them sing and play. It’s certainly fun to go to a big show where the visuals dazzle and the sound systems overwhelm. But, there is a certain purity when there is only talent on display. That’s what I saw at the Soda Bar – two men taking turns standing in front of a crowd with nothing to offer but their songs and skills. What they received in return was love. That’s the power of live music. Production values ​​are a fun addition, like sparklers on a dessert. But, the flame of sparklers brings a hollow excitement if the desert tastes like sand. Live music is the haven of honest entertainment. The only time the audience should feel the Sandman come in is when Metallica is playing. Otherwise, as with Dan and Luke, we will be in the moment, enjoying the sound, the crowd and the firm hand of the performer who guides us through the night.