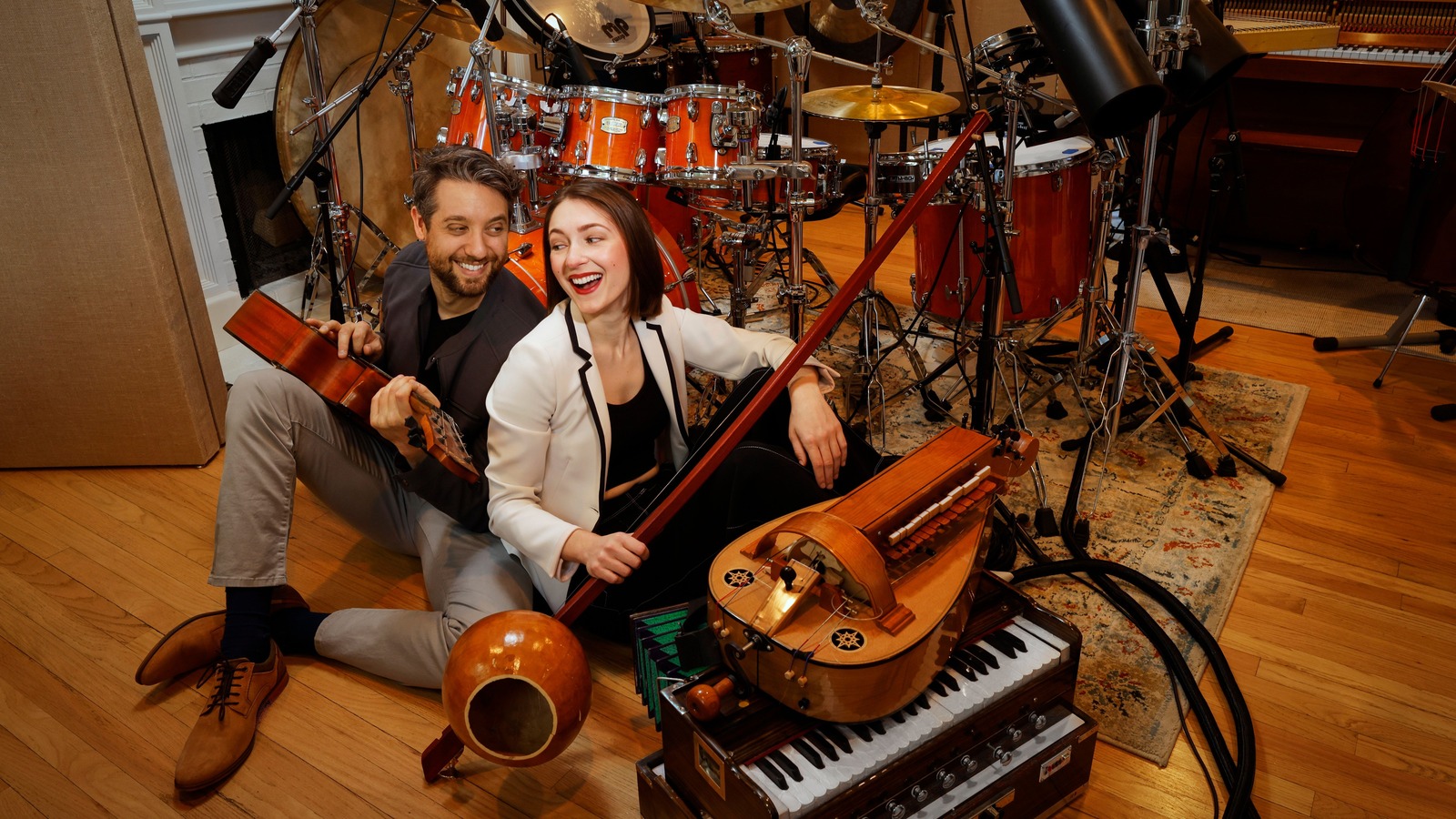 Composers Sonya Belousova and Giona Ostinell talk about their careers, ranging from The Thing About Pam to The Witcher [Interview]

“The Thing About Pam”, “The Witcher”, and “The Romanoff”. These shows couldn’t be more different. However, what do you always look for in the composition of a project, whatever the genre?

Belousova: Absolutely. I think we’re always looking for the kind of project that would require that particular unique sound and that particular unique world that would have to be created. Whether it’s something like ‘The Witcher’, which is this big epic fantasy adventure soundscape, or something like ‘The Romanoffs’, which required a very sophisticated delegated gastronomy palette, or something like ‘Pam’, which is hard to describe because it is so unique and special. We are looking for this unique factor.

“The Thing About Pam,” as you said, is harder to describe, but how do you try to navigate such a varied tone as this show?

Ostinell: Well, I think that story is so absurd.

Belousova: It’s basically a case of increasing absurdities, which gives us a vast creative field to explore. On the one hand, we can’t forget that this is a true story of real people, of real tragedies. On the other hand, this growing nonsense somehow provides an odd comedic element due to the wild, crazy and bizarre nature of these events, which musically provided a fantastic opportunity to explore so many different things, from horror to the comedy.

Ostinell: I think the best way to approach it is to create a through line that cuts through both the comedic and dramatic moments.

Belousova: Musically, everything also revolves around Pam. Therefore, we have this scene which, as Giona mentioned, is essentially an arc that takes us through the season and develops into different modifications, variations, shapes, forms.

Ostinell: In the beginning, we were talking with Jenny Klein, the showrunner, and she mentioned that Pam still carries that big sip cup with her and she keeps sucking through the cup.

Belousova: So, we’re like, “Wait a second. If this is basically part of her daily life, why not make it part of her soundtrack as well?” And that’s how the idea was born. And Giona is a master slurper.

Ostinell: Yeah. “Why not put the slurping as a rhythmic element?” We tried and it was really cool. Then we sent it, they’re like, “Do we hear slurping?” And we’re like, “Yeah.” They loved it.

Belousova: And that’s how slurping became part of the score. Sometimes it’s introduced as a rhythmic element, like a very fast type of high-pitched slurping. Other times it’s this type of prolonged slurping.

Ostinell: I know there are so many different slurping techniques out there that we’re only scratching the surface.

I always love to hear composers talk about how they can hear music in so many different sounds or objects. What other strange places have you gone to create an instrument for a score?

Belousova: Well, in this particular one, from the early stages, one of the things that we discussed with the whole creative team was, “How can we take very simple instruments and turn them into something that they are not?” And that’s how the main concept around this score was born. Some of the things we were doing, for example, we were taking an English horn or sometimes an oboe. We transposed this sound a few octaves lower. This beautiful and magnificent English horn sound suddenly becomes this menacing and disturbing sound.

Ostinell: And the cool thing about that is you think you know the sound like, “Oh, that could be a bassoon or a tuba or a trombone.” But it’s not. You can’t really point your finger at what it is. It makes you a little unsettled. But at the same time, I think I know what it is, but I don’t know what it is. It leaves you on your toes.

Ostinell: We have this simple mouth harmonica and we’re like, “How can we turn that into the darkest, most menacing type of sound?” And we started playing and we were able to turn into a very menacing, low texture that was very unsettling.

Ostinell: Pam had that pig too, saving up for Paris. So we were like, “Hey, why don’t we use this pig to create music?

Belousova: Welcome Piggy and Peggy, who are basically blue picks who create this super awesome sound. Now imagine when you create a groove out of these sounds, when you put in delays and other effects, and then suddenly Piggy and Peggy become this very uncomfortable scratch. It’s the global growth part, when in fact it’s Piggy and Peggy.