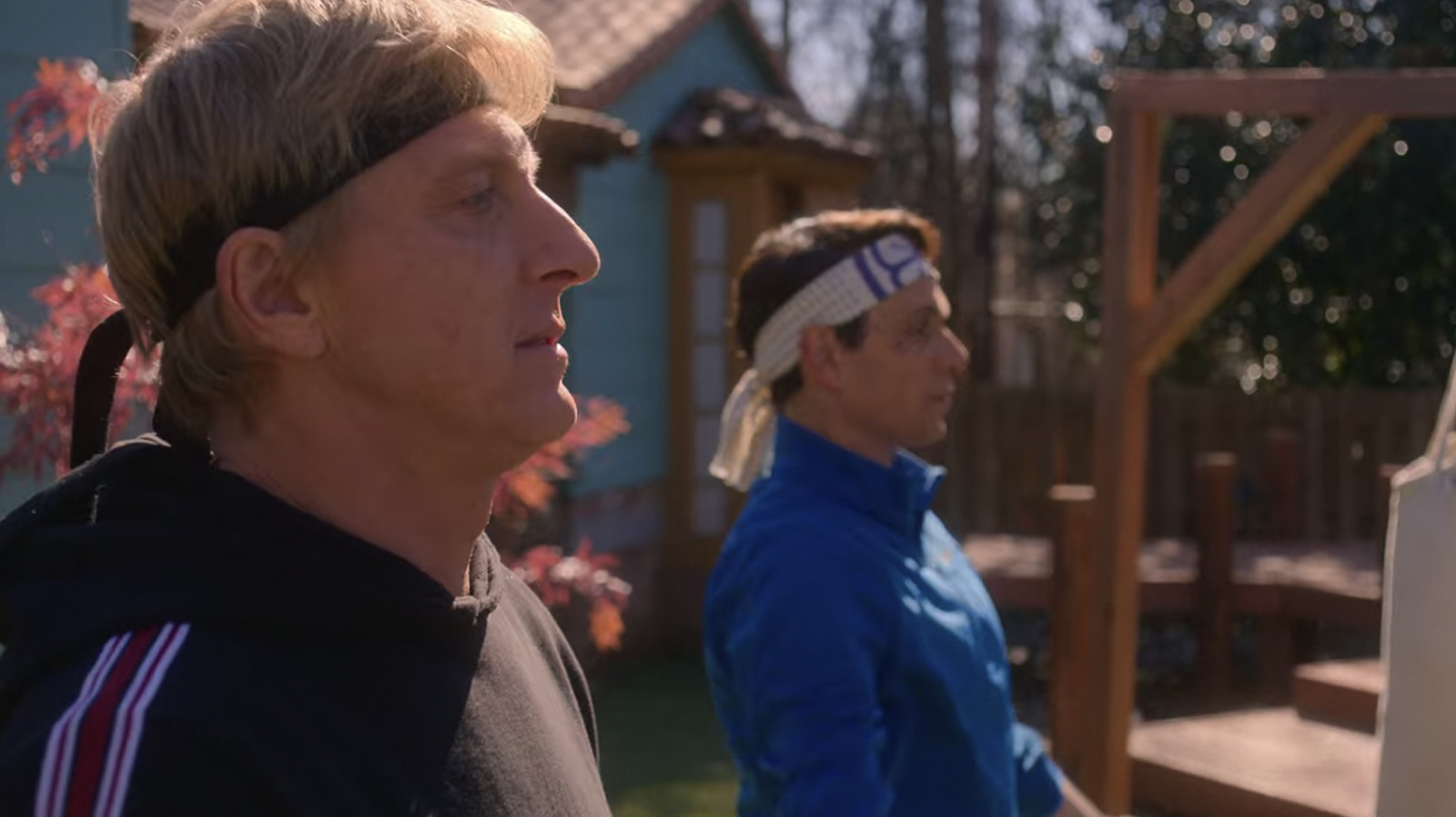 The “Karate Kid” films are heavily influenced by their soundtracks and scores. Through each slice, the score offers a very clear delineation between each character. It feels like you’ve brought a lot to the show as a whole, especially this season.

Robinson: I think so.

Birenberg: I ​​think that’s a fair assumption. Have you seen season 4?

So how was it? Because in the first two seasons, you had a little more of that original “Karate Kid” vibe with the hair metal. Then the season before, when we went to Okinawa, you brought more influence from the second movie. And now that we have Terry Silver (Thomas Ian Griffith), you have to experience the classic. What was this process like?

Birenberg: Before we answer that specifically, every season we’re always looking for new opportunities to expand our palette from where it started in Season 1. Which, as you said, is very much influenced by the hair metal and was a bit more through Johnny’s mix, at least early in the season. Then that kind of expanded to encompass some of these more mystical Miyagi-Do sounds, and that kind of carried us through Season 2. And in Season 3, we got Okinawa. We had Vietnam. Each time one of these new doors opens, we always try to find the best way to write a musical love letter. Like the 80s film music genre, the use of “Karate Kid” is sort of the entry point, but goes in different directions from there. So season 4, I think, gave us the same opportunity.

One of the biggest changes in Season 4 is the return of Terry Silver, who is in many ways one of the most infamous and badass villains of ’80s film lore. I feel like his screen presence is just some kind of legend. Like most things with “Cobra Kai,” they tend to flip these characters and cast them in shades of gray. So there’s this startup sound of [“The Karate Kid Part III”] it’s very classic. And we kind of had to decide, how are we going to reinterpret this palette? And then how are we going to evolve the character of Terry in 2022, and what does this modern palette look like?

Am I wrong to think there’s a bit of Vivaldi in there with the Terry Silver theme? Is it some kind of influence?

Robinson: No, it’s [Bill] Conti, but there is also Paganini, right?

Robinson: Oh, he plays Paganini [on the piano], which was in the script, then Conti’s direction for a “Karate Kid III” was… I don’t know for sure, but obviously it was Vivaldi and that’s that kind of stereotype – well, stereotyped for us now, maybe not as much back then – but the villain listens to classical music, the high society snob just listens to Vivaldi 24/7 on his HiFi or whatever. But, yeah, I mean, Leo said it. You said it perfectly.

Birenberg: Well, maybe we should talk a bit about where we took Terry’s music from, because we did a lot of classical music that was in the script. Some of the callbacks from the “Karate Kid III” score did the heavy lifting in terms of establishing who Terry Silver was, his old character, but we kind of turned him into a… I don’t know. Zach, what kind would you say?

Robinson: Well, that’s partly because we knew we wanted to take the classical influence because that’s Terry’s sound, which was established. But with everything on this show, how do we shoot it? So the first scene, we knew we wanted to have our own Terry theme, which we’re allowed to do in this series. Sometimes we use Conti stuff, but all of these characters have their own themes, so Terry was no exception. The first time Terry enters the dojo in Episode 3 with Kreese is the first time you hear Terry’s new theme. You actually hear it on slow strings, but then you hear it on guitar.

That’s sort of where the “Cobra Kai” comes in, and we have a lot more to say about Terry musically. And I know the show has a lot more to say about Terry and his story, so we haven’t fully unleashed the Terry Silver sound. It was like a prelude to what we imagine is Terry’s ultimate sound. But we added electric guitars. We integrated it more into the orchestra, and we had other classical forms –

Birenberg: Very functional harmony. But there’s also… Thomas Ian Griffith has this seemingly crazy screen presence. He just dominates every scene he’s in, which I think people are going to find – they’re just going to have to rewatch the season over and over again, because it’s literally addictive to watch him play. It’s that infamous villain. So I feel like in creating his modern palette, we were trying to tap into that –

Robinson: The villain of the 80s.

Birenberg: The villain of the 80s. There are a few scenes [that are] really tastefully over the top, and we just had a lot of fun with it