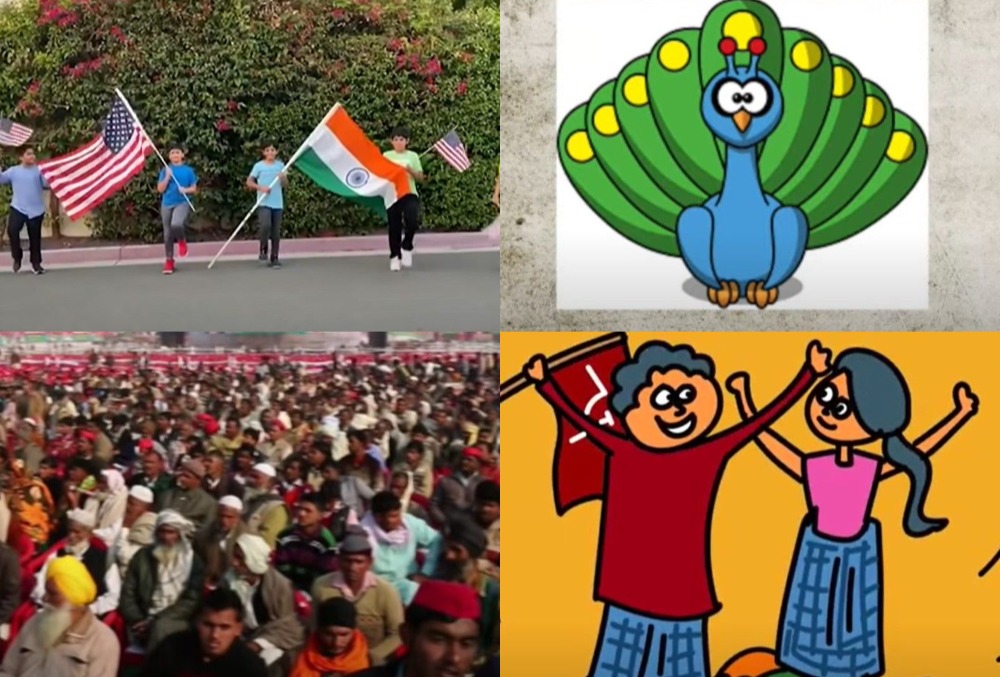 Music, as Oscar-winning composer AR Rahman once said, has often been used to talk about socially and politically relevant topics that affect the world. It is therefore not surprising that political parties and politicians around the world often use music to promote their ideologies, propaganda, etc. In India and around the world, good songs are adapted, modified and recreated to support a political ideology, or be used to taunt a rival political party or politician. Here are some of the most popular parodies.

‘Hotel Hussainiwala, for the uninitiated, is a play on the incident of Prime Minister Modi’s security breach, which left the Indian Prime Minister’s convoy stuck on a flyover for 15-20 minutes while he was heading towards the National Martyrs’ Memorial in Hussainiwala, a few kilometers from the Pakistani border. The idea behind the original song perhaps explains how the parody version goes so well with the entire song. Even the outro, which retains the original guitar solo, mingles with parody lyrics and weepy guitar curves, signifies frustration and disgust around recent events, which may or may not impact the upcoming election in Punjab.

Released in 2014, by no prizes for guessing, Samajwaadi Party, the song borrows its tune from the popular American rock-noll track ‘We Didn’t Start The Fire’ by Billy Joel. While the original song, lyrically, talks about the various historical events (the moon landing, the assassination of JFK, etc.), which took place after Joel’s birth (1949) up to the year of the release of the song (1989), ‘Mann Se Hain Mulayam’, an obvious pun on the party’s founder, Mulayam Singh Yadav, describes the party’s ideologies, while naming some of the greatest leaders who have served in the party.

AR Rahman composed the track “Chale Chalo” for the film, which depicts a sequence from the film, where the main characters were urged by the film’s protagonist, Bhuvan (Aamir Khan), to keep working hard to defeat their adversaries, and defeat the force of evil symbolized in the film by the British Raj. About 20 years later, an Indian couple based in America, recreated the same song, and the same lyrics, tweaking a few words, supporting US President Joe Biden, during the massively covered US election of 2020. Here, the theme of good against evil, was well signified with Joe Biden being Bhuvan, while the evil British Raj was similar to Donald Trump.

Haal Pherao Laal Pherao, was the parody song, launched by the Left Front during the 2021 national elections in West Bengal, copying the Bollywood act ‘Lungi dance’ by Shah Rukh Khan and Deepika Padukone-starrer ‘Chennai Express’, it sought to melodiously criticize the policies of the BJP-led Center as well as the Mamata Banerjee government in the state. Sharpening its attack on the TMC, the parody touches on various issues such as the theft of coal from abandoned mines, the Sarada scam, allegations of “cutting money”.

deep: Deep Money: I loved listening to the folk songs sung by our elderly while celebrating Lohri | Punjabi Cinema News