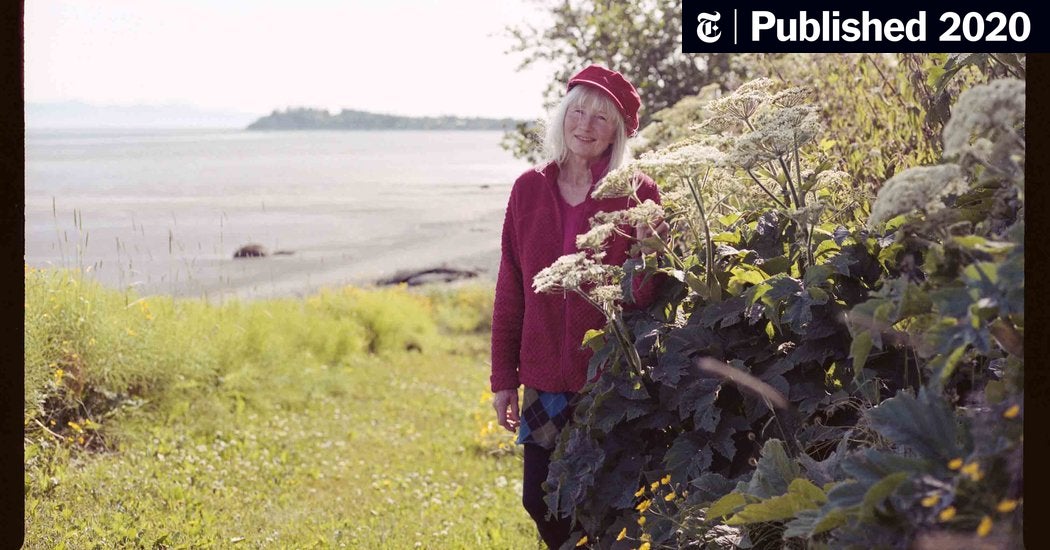 After 43 years, Mossy Kilcher’s folk songs for Alaska get a second life

In her earliest memory, Mossy Kilcher, then 3, stands on a windswept beach in Alaska in 1945, holding her father’s hand as crashing waves crash at her feet. Surrounded by steep cliffs and the seemingly endless expanse of Kachemak Bay, she realizes for the first time that all of this can kill her.

Kilcher’s father, Yule, had fled Switzerland and World War II to start a communal utopia on America’s rugged frontier with his wife, Ruth, an aspiring opera singer. Mossy (born Mairiis), the eldest of their eight children, remembers being terrified by the rugged terrain of their 160-acre expanse that day. Then she heard the affirmation song of the long-tailed duck.

“That seabird made me want to find out what was out there, so I wouldn’t be so scared for the rest of my life,” Kilcher said recently by phone from his own property in Alaska. She stopped and mimicked his call a bit – a singsong glide between two notes, like a muffled trumpet playing blues – and chuckled. “Nature was so scary that I felt compelled to befriend her, otherwise I would never be safe here,” she added. “I always feel that way. That was the start of me.

In the 75 years since Kilcher first heard that call, embracing and observing the Alaskan wilderness – and becoming its international envoy – has become his life’s work. In the 1970s, she helped build an intentional community near Anchorage and fought to protect the state’s splendor as the oil industry encroached. Since the 1980s, she has owned Seaside Farm, where she has guided guests on day trips on horseback for a dozen years. She obsessively documented the songs of the state’s abundant birds, donating her records to Cornell University’s Ornithological Library and lecturing about them at the Smithsonian National Zoo.

Now, at 78, Kilcher is finally getting back to his own songs. Last week, Tompkins Square Records, a clearing house for obscure acoustic music tastes since 2005, reissued “Northwind Calling,” the handcrafted collection Kilcher recorded and self-released with a hand-drawn cover in 1977. before largely disappearing from the music. Her soft, welcoming voice floats over delicately chosen acoustic guitar and the occasional banjo or fiddle, or her own bird recordings.

“There was no pretense about the album, no commercial ambition in creating it,” said Tompkins Square owner Josh Rosenthal, who found the record in a YouTube wormhole while looking for rentals. vacation in Alaska. “It was homemade.”

Like a stack of poems and Polaroids of Kilcher’s life as a budding naturalist, “Northwind Calling” is a revealing 20-song window into the beauty, intrigue and occasional danger of his life in the North. Written in part before Alaska became a state, it’s also a vivid reminder of the early function of folk music, informed by Swiss standards and Alan Lomax’s field recordings that his parents played on the farm. .

“It’s a very pure look at what folk music was meant to be – the songs of a local area,” said singer-songwriter Jewel Kilcher, who is Mossy’s niece, by phone from her house near the Rocky Mountains. Two days later, she flew to Alaska to spend Independence Day with the aunt she calls her surrogate. “These songs are from their own culture, their own birds, their own wildlife, their own people,” she said.

The Kilchers were a legendary Alaskan family decades before Jewel made them famous with her 1995 breakthrough ‘Pieces of You’ – or before Jewel’s father Atz became the star of the long-running reality show Discovery Channel’s “Alaska: The Last Frontier”. ”

Yule helped draft the state constitution in 1956 and later served in its senate. When Mossy was a teenager, the Kilchers returned to Switzerland for two years so he could travel Europe, lecturing about the Alaskan wilderness in seven languages.

Inspired by her first gig, by virtuoso guitarist Andrés Segovia, and spurred on by extreme homesickness, Kilcher picked up a lute and began singing odes to Alaska. She wrote one of her first songs, the soaring “Day Dream Land,” when she was 13. Over the next two decades, this became her pattern: she would leave home, whether to attend Reed College in Oregon or work in distant fish. canneries, and come back with tons of songs about devotion to the state.

“Going to Blow” captures the ingrained sadness of an aging fisherman, waiting in the harbor for one more catch. “Where does this river flow? details the bittersweet sting of leaving home to see the world. She wrote ‘Cloudy Day’ – a folk anthem that longs for family and friends the way spirituals celebrate the afterlife – on an outcrop along Oregon’s rocky coast, looking north -west towards Alaska.

“I could have gotten into big trouble there, but I had a little bubble around me called ‘Alaska,'” Kilcher said. “I also had a song in me – I was saved several times by thinking of the long-tailed duck or the hermit thrush, as my guardian angel.”

Kilcher’s songs are based on the realization she had at age 3 – that to survive she would need to cooperate with nature, not conquer it, an empathy often at odds with the pioneer mentality. She sang of prowling coyotes and migrating birds as trusted friends. “The land was there before us; it’s indigenous,” she said. “You learn to live with your environment. It doesn’t have to be a big struggle.

For decades, as one of Alaska’s few female ranchers, Kilcher drove cattle 25 miles to their pastures. In her early twenties, she prowled the country alone, sleeping in truck stops in the back of her Triumph station wagon and feeding on canned crabmeat. “The women did whatever needed to be done – cut down trees, shoe horses, build houses,” Jewel said. “They never talked about gender roles.”

But when it came to making “Northwind Calling” in the late ’70s, Kilcher was painfully aware of being a woman surrounded by bossy men, even in a remote Anchorage recording studio. She enjoyed playing for hours with her band, but had to convince the album engineer that she had a vision and the final word, an insult to her lifelong independence.

“I understood for the first time why so many recording artists turn to drugs – I was a nervous wreck,” Kilcher said with a howl of laughter. “It was intense beyond belief, something I never wanted to do again.”

So she didn’t: Shortly after recording “Northwind Calling,” Kilcher divorced her first husband, mountaineering legend Art Davidson, and moved back to Homer. She raised their two sons, Arlyn and Dylan, on her own land and eventually married Cornelius Klingel, a German tourist who stopped by Seaside Farm when “he traveled the world and never left”, said she declared. She became a mentor to a teenage Jewel and, in 1994, a grandmother.

Like her British folk contemporaries Vashti Bunyan or Bill Fay, she seemed to have sung her songs and slipped quietly into domestic life. In retrospect, she admitted, something else must have been at play.

“I never knew if I was good enough, and I was afraid to take the next steps to find out,” she said shyly. “It was like taking all your clothes off. People judge you on the spot. I’m a work in progress.

But Kilcher, again like Bunyan or Fay, or Shirley Collins, is ready to give it one last try. She has completed a memoir about her young life on the farm, meant in part as her corrective to the androgenic versions of life in Alaska promoted by reality television. She feels that she can also do the same as a singer. Jewel – who still performs her aunt’s “Day Dream Land,” one of the first songs she learned and the first song she taught her own son – offered to record Kilcher in Nashville. She has 40 songs ready, nearly half a century of undeveloped snapshots of Alaska.

“I hope it’s not too late. Everyone always points out to me everything I’ve done. But I only see the things that I didn’t do,” Kilcher said in a FaceTime chat, smiling as she browsed the riot of colorful flowers in her yard. The landscape no longer terrifies her.

She stopped abruptly, distracted by the joyful song of a fox sparrow. “Do you hear that?” she said laughing until she sighed. “It’s important for me not to lose that connection.”

What famous book characters would look like in real life