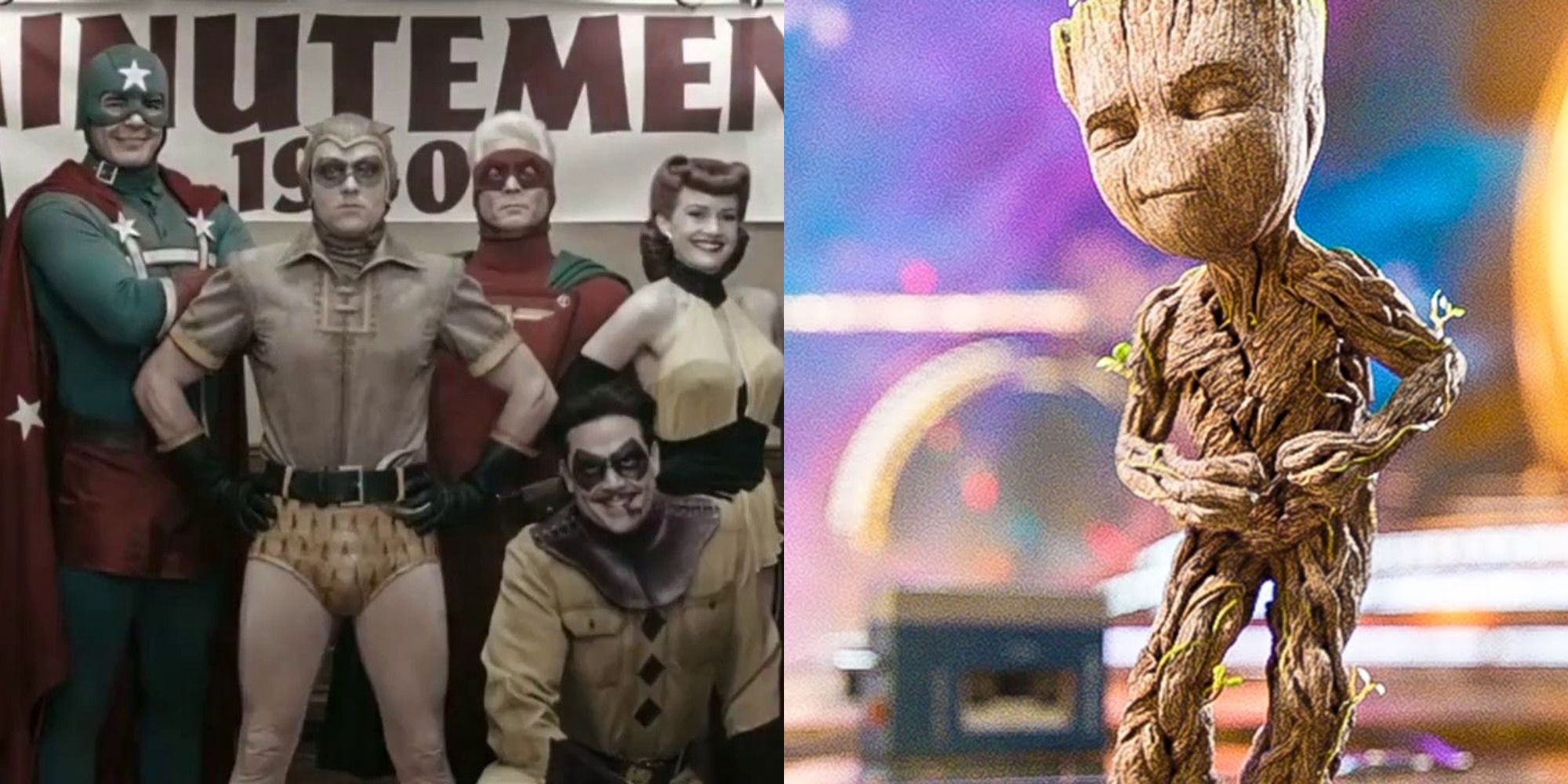 Opening credits are often one of the most effective tools a filmmaker has to introduce the viewer to the basic style, themes, or concepts of their work. A particularly unique, bold, or jarring title sequence can stay in the audience’s mind long after their memory of story details has faded, and the right song used in the right place can make that opening all the more memorable. .

RELATED: The 10 Most Creative Opening Credits In Movies, Ranked

For years, filmmakers have used popular music and performers to accompany their opening credits, and some have crafted the scenes so well that the title sequences have become some of the best moments in the entire film.

Although the film met with mixed critical and popular reception, Zack Snyder’s 2009 adaptation of the seminal graphic novel watchmen features a clever and effective opening credits sequence. Snyder succinctly summarizes the sociopolitical changes in American and world affairs at the time. But because watchmen set in an alternate timeline where superheroes exist, the credits simultaneously establish the heroes’ role in this world and how their presence has affected the story that audiences already know.

In tribute to Alan Moore — who concluded several issues of watchmen with lyrics by Bob Dylan quoted and even used them as chapter titles – Snyder selects thematically appropriate “The Times They Are A-Changin” to accompany the slow-motion flashbacks, reinforcing the nostalgic sense of lost innocence conveyed by the gradually darkest of each scene.

One of the most influential musicals ever made, Fat deftly combines the vision of the 50s that it presents and the decidedly 70s style of the film itself. The opening credits sequence embodies this mix more than any moment in the film, with its retro-style 2D animated short overlaid with an original song performed by Frankie Valli.

The opening credits sequence brings together caricatures of vintage 1950s pop artifacts such as hair grease, Ford Thunderbirds and “I Like Ike” pins, and pits them against a disco-rock anthem infused with sung funk by one of the most recognizable voices from the 60s and 70s, creating a hugely fun mashup of genre and era.

Everything about the 1994 film pulp Fiction exudes an irreverent, rock-and-roll flair, and the opening credits sequence is certainly no exception.

As Tim Roth and Amanda Plummer’s characters erupt into a fit of screaming and pointing guns in a quiet Los Angeles diner, the opening scene climaxes and freezes. The film explodes into Dick Dale’s quintessential surf-rock hit “Miserlou” just as the credits begin to roll. The opening sequence that follows is simple yet thrilling, as electrifying guitar riffs race through huge title cards in red and yellow block letters announcing the name of the film and its creator.

While James Gunn’s original guardians of the galaxy reinvented what a superhero movie could be in terms of content and tone – featuring brave and quirky “heroes”, comedy and a wide variety of popular period music from the 60s and 70s perfectly integrated into the film’s narrative – the sequel refines this unique combo into a film that embraces the weirdness of its sci-fi elements instead of relying on a more classic superhero setup.

This is perfectly demonstrated by the opening credits of Guardians of the Galaxy Vol. 2, which features an adorable, aptly named “Baby Groot” connecting a walkman to an amplifier and a pair of speakers to blast out ELO’s classic 1977 symphonic rock ballad “Mr. Blue Sky.” As Groot dances, his cohorts desperately try to avoid being eaten alive by a huge, tentacled monster amid a cloud of multicolored neon explosions.

Perhaps one of the most memorable continuous take scenes in recent cinematic history, the opening credits of baby driver seamlessly blends every element of acting performance and set design into the music playing over it.

The scene follows Baby as he strolls through the city streets, buys an order of coffees, and returns to the building he originally came out of, while listening to the “Harlem Shuffle” through his headphones and dancing to the song. . Director Edgar Wright turns this mundane coffee tour into a riveting sequence. The scene integrates the music into the environment, with graffiti words and displayed signs literally spelling out the lyrics as Baby dances.

The opening credits of Zack Snyder’s 2021 zombie horror extravaganza army of the dead are simply spectacular – in the most literal sense of the word. The opening scene has all the hallmarks of director Zack Snyder’s classic style and establishes the blend of comedy and horror that the film wholeheartedly embraces.

Audiences already know what to expect from a Zack Snyder zombie movie, but army of the dead celebrates the savage irreverence and absurdity of a Las Vegas landscape overrun by the undead. The cover of Elvis Presley’s classic “Viva Las Vegas” which plays the opening sequence immediately establishes the film’s atmosphere in its first five minutes.

Simple compared to other examples, the opening credits sequence of Stanley Kubrick’s classic 1987 film Full Metal Jacket quickly and effectively sums up the tone of the film and shows the filmmaker’s attitude to the events that are about to unfold.

The footage is a series of shots from the same camera position showing soldiers getting their hair cut in preparation for basic training, to Johnny Wright’s rather somber and resigned “Hello Vietnam.” The desperate, empty expressions of the soldiers echo the song’s despairing chorus and reflect the tragic and often insane cost that war exacts on those sent to fight it.

1 The Graduate – “The Sound of Silence” (Simon & Garfunkel)

Mike Nichols’ seminal 1967 film Jhe graduated opens with a series of low-key, pedestrian shots showing Dustin Hoffman’s somewhat aimless character stepping off a plane and walking through the terminal. The opening credits are set to an extended close profile shot of Hoffman standing on a treadmill (out of frame), the camera moving alongside him to create the illusion of a static frame.

The simplicity of Nichols’ composition is its greatest asset – the austere, almost monochromatic image works in tandem with Simon and Garfunkel’s folk-rock masterpiece “The Sound of Silence” to capture boredom without direction of the protagonist.